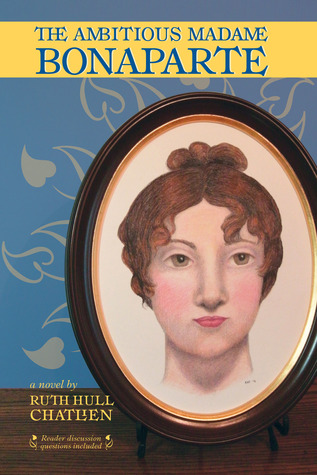 If you have managed to make it through fifth grade world history, you probably have heard the name Bonaparte at least once.

Most of us associate the Bonaparte name with the infamously small emperor with a big name: Napoleon Bonaparte.

But what of Napoleon’s younger brother? Is his a name one you can recall with certainty? Unlikely.

Jerome Bonaparte was supposed to make a diplomatic marriage according to Napoleon.

But when the ambitious Elizabeth “Betsy ” Patterson puts her mind to something, little can dissuade her.

Betsy was a prominent member of Baltimore society with ambitions and designs of her own. She dreamed that she would marry a man who would whisk her away to Europe and low an behold, Jerome Bonaparte is that man!

Though strongly advised against Jerome’s character, Betsy in unwavering in her desire to marry him. Even though many have cautioned her about his infidelities and indiscretions….she marries him anyway.

But when the pearl gates of Europe’s elite and notorious family don’t part for Betsy she becomes obsessed. After having Jerome’s baby, she hopes that Napoleon will finally accept her but to her everlasting disappointment he doesn’t. Instead he denounces their marriage as if it never happened.

As tensions in America mount between the French, English, and the Colonies, Betsy fears for her son’s life. Ultimately she flees to France without her son and that decision will change not only Betsy ‘s life but her son’s life forever.

This novel was much different that I expected. I was expecting something a little more scholarly and academic but this read much easier and lighter but without degrading the actual history of the characters.

Often writing a fictional novel about a real life character can tend to weigh on the scholarly side rather than the entertainment side, but that is not the case in this novel.

There was tons of historic facts mixed into this novel which weren’t just thrown in for substance and background….they were important to the overall story and riveting to say the least.

None of the history or the background info about the very real characters were boring or unnecessary. I devoured the historic facts and reveled in this little known woman in history.

Betsy is a strong heroine if I ever saw one! She had a wonderful knack at understanding situations and seeing their potential. Not to mention she is funny, charming, and out spoken. She is what some would call a rebel in her social circle….a ‘bad girl’ if you will.

She was constantly reminded of her place in society and told when and what to think and how to act. This she clearly found constraining and at the end of the day, she basically did what she wanted. Ambitious is certainly an accurate description of this young woman!

This woman reminded me of a real life Scarlet O’hara, she was strong willed and unrelenting! I adored her. If you love strong strong strong heroines then this is a perfect novel for you!

I thought this novel painted a great picture of what was going on, not just in Betsy’s world, but for women in general at this early stage in American history. Clearly she lived in a male dominated society and the relationship between Betsy and her father illustrates that nicely.

The amount of historic research is incredible. There was a lot of American history as well as European history put in this novel….not an easy task by any stretch of the measure. The author is to be commended for her research, that research made this novel truly wonderful.

The only thing I might say about the novel that I didn’t care for was the cover. I found it entirely uninspiring. It did nothing for me and I don’t think it did justice for the strong heroine this book is about. I guess I would have picked something a little different and striking….something that stood out for the others.

I reviewed this book as part of The Ambitious Madam Bonaparte by  Ruth Hull Chatlien hosted by Historical Fiction Virtual Book Tours. Be sure to visit the other blog stops on the tour for interviews and giveaways!

Monday, April 7
Review at The Maiden’s Court
Review at Oh, for the Hook of a Book

Tuesday, April 8
Review at The Lit Bitch
Review at CelticLady’s Reviews
Interview at Oh, for the Hook of a Book

Wednesday, April 9
Review & Giveaway at Peeking Between the Pages