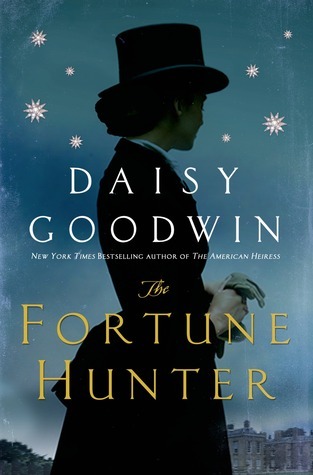 Quirky Charlotte, as the heiress to the Lenox fortune, is one of the most wealthy women in England. Her marriage prospects are numerous.

Her over bearing brother is set to marry into the upper crust of English society and he hopes to make another advantageous match for his sister.

Charlotte could care less about society and marriage. Her real passion in life is her photography–a rather unladylike hobby.

So far her only real suitor is Captain ‘Chicken’ Hartopp, who is equally as rich as she but rather boring, older, and unattractive.

Charlotte and her brother are to attend another society opera that is sure to bore Charlotte to tears….but something happens at the opera. Something that will change the path that her brother and his future wife have planned for her.

At the opera Charlotte meets the dashing Calvary officer, Bay Middleton. Bay is the best rider in all of England, and he has hopes of one day winning the Grand National race.

Charlotte and Bay meet again at a ball where the upcoming Pytchley hunt is on everyone’s lips. Bay plans to ride his prized horse, Tipsy, in the hunt where he will undoubtedly be in at the kill.

Bay is drawn to Charlotte’s spunk and spirit. She is the first woman in a long time that he feels like he could fall in love with. Bay is well known throughout society as being quite the ladies man….but not a suitable match…..especially for an heiress.

Everyone is excited for hunting season to begin, especially with the presence of the exiled Queen of Naples and her glamorous sister, the Empress of Austria in the field of hunters.

The Empress, Sisi, is known as the great beauty of Europe. She’s athletic, beautiful, and intelligent…not to mention a very accomplished rider. She is taking a break from court life and her husband to per sue her heart’s soul desire….hunting.

Though she has never hunted in England before, she brings her prized horses and some of her most trusted courtiers with her. Her advisers encourage her to get an English pilot who will help guide her on her hunt.

Sisi does not like this idea as she can ride better than most of the English gentry, but she agrees. Her adviser enlists the help of Bay who is widely known as the best rider.

Bay can’t help but be enchanted by the Empress. She rides like the wind and everything about her is exotic and different…..much different than Charlotte. But the Empress is also far far far above Bay’s station and very married.

Sisi and Bay soon find more on the hunting field than just foxes.

This novel was difficult for my to rate. I didn’t quite love it, but I was hooked on it. I loved that horses played such a huge role in the book. The romanticism of the hunt, the era,and the horses really made the book for me.

The story itself had a bit of a Downton Abbey feel to it which of course I LOVED. The novel is set at the turn of the century where things like the camera are still so new and exciting to everyone. I loved the photography angle too!

I think what bothered me most about this book was the romance between Bay and Sisi. I didn’t quite feel the tension, conflict, or feelings by either character. All of a sudden they were having an affair. There was no build up or mounting tension between them which I expected from the description of the novel.

The novel was described on Goodreads as:

Full of passion and drama, THE FORTUNE HUNTER tells the true story of a nineteenth century Queen of Hearts and a cavalry captain, and the struggle between love and duty

I just didn’t feel like there was any struggle between love and duty for either of them. There was certainly a great potential for that to happen in the novel so I was disappointed that the author didn’t exploit that more.

I did feel sympathetic toward Bay’s character throughout the novel. He was clearly branded a ladies man and not deemed worthy of marriage by his peers but deep down, he didn’t want that. He wanted love and a wife as much as any of his friends….more in fact. So I did feel sympathy for his character.

I also liked Charlotte’s character. Initially I felt like she was too wishy-washy for my taste but as the novel went on, her pluck grew and I liked her all the more for her growth and ability to stay true to herself.

The chemistry between Charlotte and Bay was wanting as well but it was stronger than what was happening between Bay and Sisi.

The overall setting and historic era saved the story for me. I loved that we had royalty from another country besides England, and that the novel was loosely based on a true story. I thought that added a lot of interest–at least for me.

Again, I go back to the horses, the hunting, and the Grand National. I absolutely LOVED this addition to the novel! It added action and romanticism to a novel that was lacking a lot of chemistry.

I am still waiting to know why Chicken is called Chicken!

As I said before, I didn’t love the book but I was hooked on it. Linguistically the novel clipped along nicely and wasn’t full of overly flowery language or fluff to bog the story down.

If you like horses and Downton Abbey then you will probably enjoy this novel.

Perhaps I am better at choosing horses than women. You know what you are getting with a hose, whereas with a woman all you can see is what’s on the outside. You can see into a horse’s soul the moment you ride out together, but with a woman–well I don’t think I have ever met a woman who says what she means.

Everybody desires a thing more when it is not straightforward

3 thoughts on “Review: The Fortune Hunter by Daisy Goodwin”