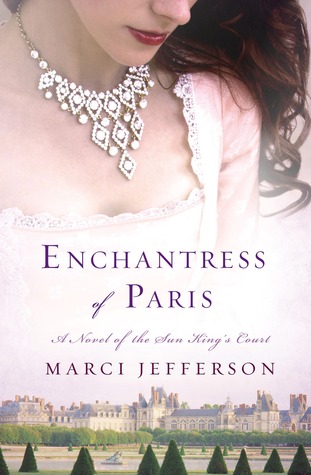 Marie Mancini was destine to disgrace her family. The stars foretold her shame and for most of her life, her family has kept her closest at a convent to avoid said ‘disgrace’.

Ignoring the stars and horoscopes, Marie’s uncle and guardian, Cardinal Mazarin along with her other sisters call her to court where she catches the eye of King Louis XIV.

Even though the King is sharing his bed with Marie’s sister Olympia, he is clearly captivated by the studious and witty Marie.

With the death of one of Marie’s sisters, the Cardinal wants her to return to the convent and become a full fledged sister. Upon hearing of Marie’s scheduled departure, the King bids her to remain at court.

The Cardinal agrees, especially with Olympia rapidly losing favor….he urges Marie to give in to the King and share his bed…..but she refuses.

Though she longs to give herself to the King, she know he will discard her quickly like he did with Olympia….Marie is smarter and has genuine feelings for the King. Soon King Louis and his beloved Marie become the talk of the court.

The Cardinal realizes rather quickly that he won’t be able to control Marie as easy as he did Olympia, so he starts to try and edge her out of court but what he doesn’t expect is how much the King is in love with her and what the King is willing to do to keep her there.

This novel was wonderful! I have read Marci Jefferson’s other novel and fell in love with her writing style! This book was full of romance, power struggles, and of course rich historic details. I felt like I was actually in the French court seeing all the beautiful dresses and dances.

I loved Marie….she started out a little naive but not annoyingly so, and grew into this smart, strong, intelligent, cunning woman. I thought she made the best choice that she could in the end and it was the perfect way to end their love story.

The King was charming and easily likable as the romantic interest. I thought he was appropriately idealistic and hopeful that he would actually get a choice in his life but when met with reality his character responded appropriately.

Their relationship was very real and believable. I know it’s based on their real life affair but with historical fiction there is always creative license, and in this instance, the author made well constructed characters that did believable things. Every thing they did had a purpose and it was completely logical and flowed wonderfully.

Jefferson’s story telling style is straight to the point with flourishes of romance that easily hook readers in. I had that with GIRL ON THE GOLDEN COIN and was quickly pulled into the story with this novel as well! One thing that I love about Jefferson is that she writes about really intriguing women who don’t get the same spotlight as other famous women in history like Anne Boleyn.

While I was reading this book, I was really interested in hearing more about Hortense Mancini and what her life and love affairs were like. I would gladly read anything by Jefferson, she is a strong voice in the historical fiction genre and mixes fact with fiction seamlessly!

Book: Enchantress of Paris: A Novel of the Sun King’s Court by Marci Jefferson

2 thoughts on “Review: Enchantress of Paris: A Novel of the Sun King’s Court by Marci Jefferson”