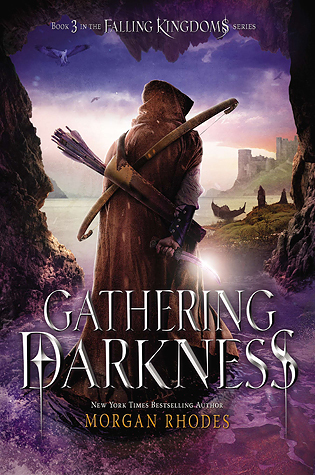 The King of Blood continues to rule over the kingdom of Mytica with an iron fist. His son and heir, Magnus, is married to the former princess, Cleo, against both of their wills. Cleo and Magnus know that the King searches for the legendary Kindred  in hopes of gaining absolutely power through their magic.

The King plans on using Magnus’s sister, Lucia, a powerful sorceress, to find the Kindred but her magic threatens to consume her. The King looks for witches who can tutor her and teach her to temper her powers but so far, there have been none.

From across the sea comes two visiting royals, Ashur and Amara who also seek the Kindred. They propose an alliance with Princess Cleo but Cleo is hesitant to accept….there is something about them that she doesn’t trust.

The rebels continue to try and find a way to take down the King, but every potential plan ends in more death and destruction. Jonas, the leader of the rebels, begins to doubt if he has what it takes the beat the King and restore order in the kingdoms.

Magnus remains conflicted, on one hand he wants to win his father’s respect but on the other hand, he wants nothing to do with his father. When Magnus learns a dark secret about his father, he is forced to choose between family and what’s right.

This book so far has been the best in the series. All of the characters have evolved so much from the first book and the story has gotten so much more complicated and I LOVE that. When I started this series I wasn’t entirely sure I was going to like it based on the fact that Cleo was so ‘young and dumb’ but now she’s evolved into the complex young woman.

Magnus is easily the most interesting character for me. I never really know what he’s going to be. The relationship between him and Cleo is interesting and as a reader you never really know what direction their relationship is going to take. One minute they are at each other’s throats and not trusting each other, the next they are daring to hope that there is good in the other.

Both Cleo and Magnus are flawed and ‘damaged’ with a lot to forgive in both each other and themselves. I am glad this series has more books planned because I don’t think the damage can be repaired in just a couple of quick books. I love that the author is giving the reader time for the characters to earn their forgiveness.

I still feel like there is a little something wanting in these books though and it’s taken me a while to pin point what it is exactly. While Cleo has evolved and changed and Magnus is exceptionally complex, I think that Jonas’s character needs more depth. I just haven’t connected with him at all and find him a little ‘flat’ to be leading a rebellion. I was hoping he would be more cocky and charismatic but so far I haven’t really felt that way about him so I think that’s what’s missing for me.

So far this series has been exciting. I love how Rhodes handles controversial issues like pre-marital sex among teenagers,  teen drinking, cursing, and violence in her books. As I have said before, they are all so well done and realistic….things not thrown in for shock value but rather things that make the world more realistic. In so many YA books there seems to be this unspoken code about leaving these things out or at the very least keeping it to a minimum and I love that she isn’t afraid to break with tradition.

I am eagerly awaiting the next book in the series. The way that this book ended just made me mad because I want to know what happens next! I can barely wait until Dec when the next book comes out….it’s literally that good of a series! Surprised, intrigue, betrayal, adventure, and romance litter the pages of this consuming book…..I can’t wait to see what happens to our wonderfully flawed characters in the next book!

Hatred is like fire/ It burns the one who harnesses it. It’s also extremely hard to see more helpful truths through it’s flames.

Those with dark pasts didn’t always yearn for dark futures.