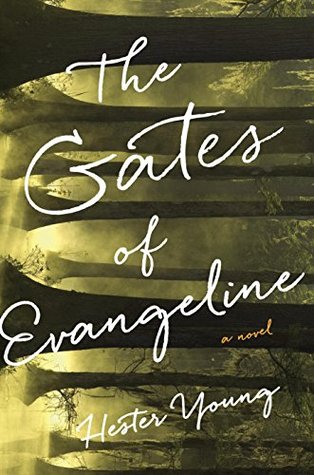 If you like Southern Gothic novels and ghost stories then this is the perfect novel to curl up with on a chilly fall night!

Charlotte ‘Charlie’ Cates is a recently bereaved mother whose child died of a brain aneurysm. Not to mention her husband left her for another woman. Charlie begins experiencing very vivid dreams about children, which makes sense based on the tragedy she has gone through. But she soon realizes the dreams are something more, they are messages and warnings that will help Charlie and the children she sees, if only she can make sense of them.

After a little boy in a boat appears in Charlie’s dreams asking for her help, Charlie finds herself entangled in a thirty-year-old missing-child case that has never ceased to haunt Louisiana’s prestigious Deveau family. When her old boss asks her to write a book about a 30 year old case involving a missing boy from a prominent Louisiana family, and she has a dream that she believes is tied to it.

Armed with an invitation to Evangeline, the family’s sprawling estate, Charlie heads south, where new friendships and an unlikely romance bring healing. But as she uncovers long-buried secrets of love, money, betrayal, and murder, the facts begin to implicate those she most wants to trust—and her visions reveal an evil closer than she could’ve imagined.

A lot of other reviews have said this book and a little cluttery, and I would completely agree…..this book had a lot going on……ghost story, romance, family mystery and secrets, grieving mother…..just a lot of stuff happening, that was the reason for the 4 star review instead of 5. But even though there some literary clutter happening, I still really really liked it. The mystery was compelling and the ghost part was added a lot of me as a reader. Initially I worried that meshing mystery with ghost story would not work that well, but the more I read, the more the two genres came together to create a wonderfully atmospheric novel!

I really enjoy Southern Gothic mysteries and/or novels, they are always so moody and have a very distinct atmospheric feeling, and this novel delivered on that front! The old mansion, the old family dynasty, the landscape….just everything! This is the kind of book I would want to read like during the fall….on a dark stormy night. So, again 5 stars for the setting! It worked so well with this kind of story.

The characters were also easy to relate to. While Charlie had gone through this terrible loss and her life was literally falling apart, the reader could sympathize with her and really become invested in her story. Young did a fantastic job of conveying Charlie’s very complex emotions, it wasn’t overwhelming and a burden for the reader, it was just enough to capture the readers heart and develop a connection. The author had a delicate soft hand when it came to painting the tragedy, story, and the complex characters and emotions.

There were some plot twists that I didn’t see coming and others that I did. Even though there were some predictable twists, I didn’t mind their predictability because the story was so well written. I liked that this story had a romance in it as well. While it did add a little too much to the story….a little clutter…but I liked the romance and thought it broke things up in a way for the reader. Her love interest did play a part in the mystery so it wasn’t like the romance was completely independent from the mystery. It complimented the narrative nicely.

I am really impressed with Young’s writing style. I think this is a debut novel and I am eager to read other things by her in the future!

Book: The Gates of Evangeline by Hester Young