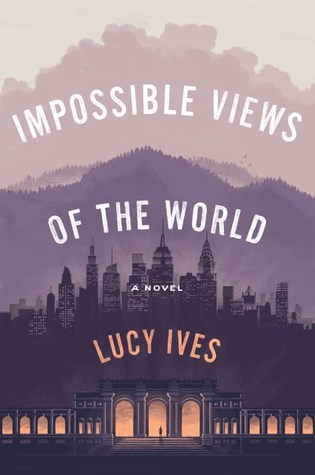 Person disappears in a museum? A museum mystery? With maps? Yes, yes and yes! Is what went through my mind when this one came up for review.

The summary promised lots of tantalizing elements which is what drew me in for a review.

Stella Krakus, a curator at Manhattan’s renowned Central Museum of Art, is having the roughest week in approximately ever. Her soon-to-be ex-husband (the perfectly awful Whit Ghiscolmbe) is stalking her, a workplace romance with “a fascinating, hyper-rational narcissist” is in freefall, and a beloved colleague, Paul, has gone missing.

Strange things are afoot: CeMArt’s current exhibit is sponsored by a Belgian multinational that wants to take over the world’s water supply, she unwittingly stars in a viral video that’s making the rounds, and her mother–the imperious, impossibly glamorous Caro–wants to have lunch. It’s almost more than she can overanalyze.

As she teases out the links between a haunting poem, several unusual novels, a counterfeiting scheme, and one of the museum’s colorful early benefactors, she discovers the unbearable secret that Paul’s been keeping, and charts a course out of the chaos of her own life.

Pulsing with neurotic humor and dagger-sharp prose, Impossible Views of the World is a dazzling debut novel about how to make it through your early thirties with your brain and heart intact (summary from Goodreads).

Sure the summary sounded wordy and excessive but this book is meant to be a mystery for the high brow readers I think. There’s a lot of large words and pomp just in the summary alone, but I was intrigued and thought a mystery in a museum sounded entertaining.

This was a dense read for me. The language that highjacked the summary carried over into the story itself. There was a ton of grandiose and pretentious language that bog this book way way down. I just felt like the language was forces and trying to hard. This book could have been amazing but the style just took over and made it difficult to read and digest. This book wasn’t that long but it took me a while to get through, not to mention to get in to. I could tell that the author was more of a poet than a novelist so in some ways I felt like the book was trying to be something that it wasn’t based on the approach linguistically. So right off that bat that bothered me.

But I continued….why? Well there was part of me that felt determined to read this book and hoped that I would eventually love it. The summary sounds so great and the cover is enchanting. I kept hoping against hope that I could get through the language and it would eventually become less heavy but it didn’t. By the time I accepted that it wasn’t going to get any less dense, I just felt like I owed it to the book to keep going.

So clearly I didn’t love this book, but it had its moments where I was thinking to myself ‘this could be a great book without all the language’. For instance the way the author used history and art together along with the map was excellent. I kept reading mostly because I liked how the map worked within the story.

I also felt like Stella was relatable to the target audience. Stella is 30 and struggling to find her purpose in life and I know that when I turned 30 all I could think of was ‘man I can’t screw things up too bad anymore and blame it on age because now I’m an adult’. So I think having her be in this kind of limo was great and I enjoyed that more than I expected.

On the whole I wanted to love this book and I tried to look for areas where I could justify a fair rating but I just couldn’t love this one. This book is written for a certain type of person and that person just isn’t me. Perhaps there are others who will enjoy this book, but for me the language just bogged it down too much to enjoy.

Book: Impossible Views of the World by Lucy Ives

Where are my thriller fans at? No doubt this one has been on your radar if you read thrillers! I have been looking forward to this one for months and today I have my review up to share with you all finally! Pop by the blog today to check it out! ⁠⁠
Happy Sunday friends! I can't believe the weekend went do fast and it's already time to start thinking about the upcoming week! ⁠⁠
Many of you know, Wuthering Heights is my absolute favorite classic. It's got all the things I love....a ghost, stormy romances, a flawed hero, a doomed romance anode course the moors. I used to reread this book every Thanksgiving but it's been a while since I have done that and with all the rain here in the PacNW lately, it has me feeling like rereading Withering Heights! ⁠⁠
As many of you know, I am a huge Bridgerton fan and I immediately binged all the Bridgerton books as soon as I watched the show. I decided to check out this prequel series and the first book was great! Pop by my blog today to see my full review of this one! ⁠⁠