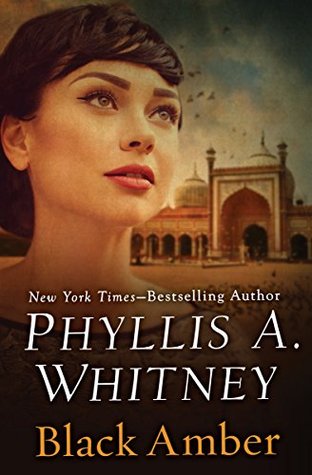 Phyllis Whitney is an author who has been on my radar since I was old enough to read and appreciate romantic suspense books…..so basically since like thirteen or fourteen. So for over 20 years I’ve been trying to motivate myself enough to read one of her books.

I mean she’s written tons and tons and tons of books so she must be doing something right. So why haven’t I picked up her books? I honestly have worried that they would be ‘dated’. I mean, Victoria Holt (my all time favorite romantic suspense writer), wrote books that were very clearly meant to be historical fiction. They were always set in the past even though she was a more modern writer.

Writers like Whitney and Mary Stewart tend to hope around between historical fiction and what would have been more ‘modern’ fiction by their standards and writing period. I just wasn’t sure that her books would live up to my expectations.

So why pick one up now? Well thanks to Open Road Media, many of Whitney’s books have been put on to Kindle and Amazon was having a sale a few weeks ago where they were all $2.99 each. I didn’t want to buy each one so I started researching some of the books. Whitney is notorious for having gone to each and every one of the locations in her books so she could write with more authority….so I wanted something exotic and Black Amber was set in Istanbul….so that’s what I went with.

Tracy Hubbard, an up-and-comer at a prestigious New York City publisher, has arrived at a sprawling villa on the Bosporus strait in Istanbul for an enviable arrangement. She’s come to assist celebrated artist Miles Radburn with his new book on the history of Turkish art. Everything Tracy has heard about the man turns out to be true: He’s brooding, handsome, brilliant, short-tempered, and loath to discuss the tragic secrets of his past. But the young editor is keeping a secret of her own . . .

Tracy’s position at the villa is a charade. It was here, six months ago, that her sister, Anabel, spent the last days of her life. Somewhere, among the conspiratorial staff, nocturnal visits from furtive strangers, and cold dark corridors, is hidden the mystery of Anabel’s death. And as each new clue leads Tracy closer to Miles, a man she has come to both love and fear, she realizes she could be heading toward the same inevitable and chilling fate (summary from Goodreads).

I only really scanned the summary to see where the book was set, not necessarily when. This book is one of the ‘modern’ suspense novels which was a little disappointing for me, but I thought the location would possibly make up for the ‘when’.

This book was a little on the slow side for me. I didn’t necessarily like any of the characters. Tracy seemed a little boring and naive for me. Miles just seemed like an asshole, and the other characters were all rude and not endearing in any way. I had a really really hard time with the romance between Tracy and Miles. The entire time I didn’t really feel any sexual tension or romantic inclinations from Miles what so ever and then all of a sudden she was his darling? Just no.

Not to mention he was married to her sister—-it just didn’t work at all and I was kind of put off. All bad romance aside though, the mystery was interesting and enough to keep me reading but I just wasn’t flying through it in the way that I had hoped. I did guess the who of the mystery but not the why of the mystery. I didn’t mind guessing who the person was because the why was intriguing enough.

Now where did Whitney shine? The location. The Bosporus took on a role all its own in the story and I loved that. You could tell she spent a lot of time researching the location and making sure she got everything right. I felt like I was there and I loved reading her interpretation of the location and culture. This added a lot to the story for me and helped distract me from the blasé characters.

I don’t know if this one was really for me. I mean I am glad that I read it but I just didn’t love it in the way I had hoped. Am I put off by her writing? No. Do I plan on reading other books by Whitney? Yes. This one wasn’t her best I don’t think and though it wasn’t great, I can see why people love her books….she captures the location and culture so well on paper and the mystery is layered. So I will likely read other books by her but I think I will try one of her period novels next time.