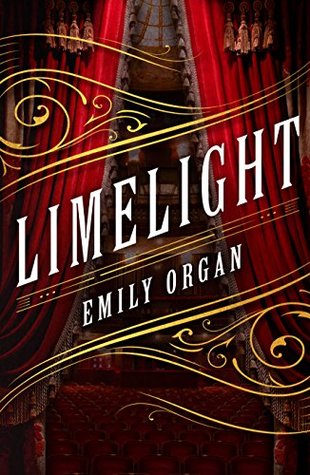 Like many other bibliophiles, I subscribe to BookBub. Basically every day I get an email telling me about all the great deals for ebooks in categories that I have selected. This service is free so if you like book and want to hear about good deals on ebooks, subscribe!

So in one of my emails last week there was a special ad feature at the bottom of the email that said ‘have you discovered Penny Green yet?’ with this great foggy London photo in the background.

And in my mind all I could hear was ‘no I have not discovered her yet!’. The first book in this series was on sale for $2.99 to buy or free if you are a Kindle Unlimited subscriber. I was intrigued and had just come off reading a more sophisticated mystery so I was eager for something slightly on the lighter end of things.

I have not heard of this series at all or the author which made me a little nervous because what if I just wasted $2.99 on a book that was terrible?! But I was feeling brave and bought it (no I don’t have Kindle Unlimited….terrible I know).

The premise sounded interesting and I was eager to discover this new Penny Green!

London, 1883. Actress Lizzie Dixie drowned in the River Thames, so how was she murdered five years later in Highgate Cemetery?

Intrepid Fleet Street reporter Penny Green was a friend of Lizzie’s and Scotland Yard needs her help. Does Penny unwittingly hold clues to Lizzie’s mysterious death? Penny must work with Inspector James Blakely to investigate the worlds of theatre, showmen and politicians in search of the truth.

But who is following her? And who is sending her threatening letters?

Penny is about to discover that Lizzie’s life was more complicated, and dangerous, than she could ever have imagined (summary from Goodreads).

This book was hard for me to review. There were things that I just didn’t care for but on the whole though it was a decent read that with some refining would be a fantastic series. The premise of the book was interesting—woman dies twice. Why? Why would she fake her own death? The obvious answer would be to escape her life with her husband but could that be the only reason? So as I said….intriguing. However I sometimes felt like Organ was brow beating the reader when it came to speculations surrounding her murder.

Then there were a few red herrings that I felt like….why is this here??? Is it even relevant??? Could the end goal be accomplished through another way??? And my answer was yes I believe so. I think that with the red herrings it made the mystery disjointed and it almost felt like she was forcing the red herring to have a place within the narrative. In many ways I think she could have done away with it all together. I don’t want to ruin the plot for anyone, but I’ll just say the Irish didn’t need to be in the story for me.

I loved the relationship between James and Penny. It’s clear that James has a little crush on Penny and I think it’s sweet and endearing. I loved watching their friendship grow into something more. However I don’t like how things were left between them. I felt sad and a little let down. They didn’t have the same chemistry that some of my other favorite Victorian mystery power couples have, but they were sweet and I want to see where the relationship goes in future books.

The mystery itself was convincing and curious. I liked reading it and Penny was likable and smart. I mean I liked it enough to buy the second book in the series and was genuinely sad to see the book end because I liked the characters but I couldn’t give it more than a 3 star rating. Mostly because I felt like the red herring was unnecessary and some of the time I felt like I was constantly being told rather than shown the story. I liked it, I didn’t love it but as I said, I am happy to continue reading the series because there were enough things that I did like to justify continuing.

Was I happy that I discovered Penny Green? Absolutely! Thank you BookBub for the special feature in my daily emails, without that I would probably never have found this fun little series!