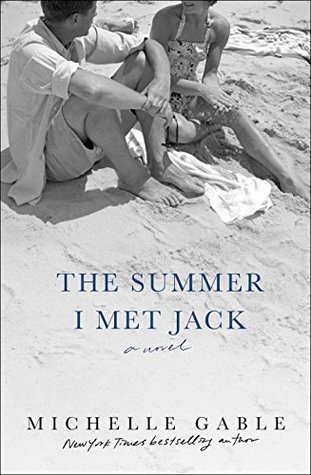 I think it’s safe to say that he is one of the most recognizable presidents in modern memory. For me personally I am not a huge fan of the post war America time period but I was intrigued by this novel. Though I know quite a bit about JFK in a professional sense–I am more intrigued by his personal life than his politics.

When this book came up for review many many months ago, I was eager to read it mostly because it was a different period than I normally read but also because I was intrigued by his love life. Most Americans know of his alleged affair with Marilyn Monroe but who was this Alicia Darr person? I had no idea and was thus interested to learn something new.

While this is a fictionalized account of their relationship, it is rooted in real life.

New York Times bestselling author imagines the affair between John F. Kennedy and Alicia Corning Clark – and the child they may have had.

Based on a real story – in 1950, a young, beautiful Polish refugee arrives in Hyannisport, Massachusetts to work as a maid for one of the wealthiest families in America. Alicia is at once dazzled by the large and charismatic family, in particular the oldest son, a rising politician named Jack.

Alicia and Jack are soon engaged, but his domineering father forbids the marriage. And so, Alicia trades Hyannisport for Hollywood, and eventually Rome. She dates famous actors and athletes and royalty, including Gary Cooper, Kirk Douglas, and Katharine Hepburn, all the while staying close with Jack. A decade after they meet, on the eve of Jack’s inauguration as the thirty-fifth President of the United States, the two must confront what they mean to each other.

The Summer I Met Jack by Michelle Gable is based on the fascinating real life of Alicia Corning Clark, a woman who J. Edgar Hoover insisted was paid by the Kennedys to keep quiet, not only about her romance with Jack Kennedy, but also a baby they may have had together (summary from Goodreads).

I don’t even know where to begin with this one. So right out of the gate, I gotta say this was a great read. The writing was wonderful. I loved who everything flowed together and the plot was well thought out and the language of the time period was spot on. Clearly the author has a love for post war Americana and I loved how that was front and center in this story.

This was a book that read a little like a Lifetime movie but in a good way. From the start I was intrigued by the plot…..rich and famous future leader of the free world meets random popcorn girl and begins torrid affair??? How does that happen???? How was this going to play out???? I had never heard of Alicia Darr prior to this book so I was very interested in how this was all going to go.

While I loved the writing I really didn’t care for either character…..like at all. Yet I couldn’t stop reading this book! I was hooked on it like a soap opera for a number of reasons but mostly because the characters were so flawed and so clearly wrong for each other but yet they soldiered on and I couldn’t be more intrigued by how this was going to end.

I loved the glamorous backdrop of Hyannisport. My sister lives in Boston and has been out to the cape many times and it never ceases to capture my interest. Hyannisport really screams political old money all thanks to the Kennedy’s and the author capitalized on that with this book and it worked so well.

In my opinion Jack Kennedy was a complete asshole. I was so put off by his character yet like so many women, there was something I found charming about him. Maybe it was his moodiness or his confidence but while I couldn’t stand him in the book, I could understand why so many women would easily fall victim to his charm. I thought the author did a great job at making him a jerk but yet as a reader I had hope that he was actually being genuine and honest. But seriously though—-what an asshole! Entitled and couldn’t keep it in his pants! Yet as I said, there was something that kept drawing me to his character and I think that the author did a great job at portraying this for the audience. I mean isn’t that the idea…..he’s a jerk but yet a charismatic jerk.

Alicia was completely blind when it came to Jack. The whole time I was reading all I could think of was HELLO WHAT IS WRONG WITH YOU!?! Don’t you see what he’s doing?!? Can’t you see his lies?!? But again, like so many women she was blind to his nature. I personally felt like Alicia was opportunistic and I never really felt sympathy for her or her situations. She survived occupied Poland and went to work in camps, so we are meant to feel sympathy for her but for some reason I just didn’t. She clearly did what she had to do in order to survive and she took every opportunity that came her way. Like so many her tragic situation made her more driven than the average person so in some ways I felt she was selfish and at the same time gullible which was a frustrating combination.

Together these two were a recipe for disaster. I don’t know how much of their relationship is real and how much has been altered for this book but either way it’s clear that these two were not meant to be a long term item.

As I said, I had a hard time putting this one down because it felt like a total indulgence. I loved the glitz and glamor of America’s ‘royal’ family and how the author used the period to add a sense of nostalgia for a more glamorous time for the audience. The relationship between Alicia and Jack started before he was elected president so it had this sense of calm before the storm which I loved. Knowing the history of JFK and how things ultimately turned out for him added a lot of foreshadowing in this books and I just loved it.

Beautiful story telling with a candid view of the complicated family life behind America’s most well known president. This was the perfect way to kick off my summer reading and over Memorial Day weekend when I start to really long for those warm nights and golden days!

Book: The Summer I Met Jack by Michelle Gable

One thought on “Review: The Summer I Met Jack by Michelle Gable”