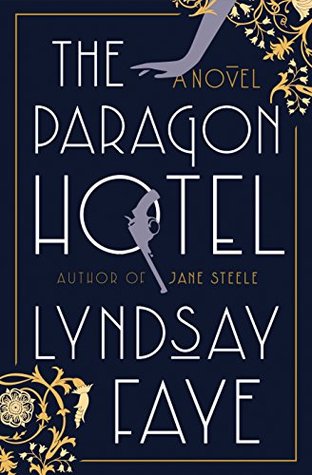 The first thing I said when I saw this book was—-finally a cool interesting book set in Portland!

Living in Oregon, there isn’t an abundance of cool books set here. Sure we have a number of writers from Oregon that have made it into the ‘big time’, but for the most part Oregon isn’t exactly the hippest place to set  your novel in.

In recent years though I have seen a lot of writers—both from Oregon or the PacNW and not—set their books here in my lovely state but it’s still not as popular as say New York or L.A.. I’ve read a few of Faye’s novels and have fallen in love with her writing so besides the fact that this book has Oregon ties, I wanted to read it because she wrote a new book!

The year is 1921, and “Nobody” Alice James is on a cross-country train, carrying a bullet wound and fleeing for her life following an illicit drug and liquor deal gone horribly wrong. Desperate to get as far away as possible from New York City and those who want her dead, she has her sights set on Oregon: a distant frontier that seems the end of the line.

She befriends Max, a black Pullman porter who reminds her achingly of Harlem, who leads Alice to the Paragon Hotel upon arrival in Portland. Her unlikely sanctuary turns out to be the only all-black hotel in the city, and its lodgers seem unduly terrified of a white woman on the premises. But as she meets the churlish Dr. Pendleton, the stately Mavereen, and the unforgettable club chanteuse Blossom Fontaine, she begins to understand the reason for their dread. The Ku Klux Klan has arrived in Portland in fearful numbers–burning crosses, inciting violence, electing officials, and brutalizing blacks. And only Alice, along with her new “family” of Paragon residents, are willing to search for a missing mulatto child who has mysteriously vanished into the Oregon woods.

Why was “Nobody” Alice James forced to escape Harlem? Why do the Paragon’s denizens live in fear–and what other sins are they hiding? Where did the orphaned child who went missing from the hotel, Davy Lee, come from in the first place? And, perhaps most important, why does Blossom Fontaine seem to be at the very center of this tangled web? (summary from Goodreads).

This book was such a pleasure to read for one solid reason—-atmosphere. As always, Faye does such a great job at creating a mood in her novels and this one was no different. I loved how the novel split between New York and Portland. I thought it added a lot of interest and broke up the story nicely. So many novels are set in New York so it’s familiar, but not a lot of novels are set in Portland so this adds a lot to keep the reader interested in some place new.

I also thought the language of the novel worked well and kept things interesting and true to the period. I am normally not a huge fan of prohibition era books (just not my time period) but this book blended the glamour of the 1920s with the darker side of prohibition and the criminal world.

This novel is darker and a little more gritty than her last novel, Jane Steele—at least in my opinion. I like how Faye has this seamless ability to write a darker novel but yet still balance it perfectly so that it will appeal to many readers.

This book is rich in historical detail and brought to life a period that was a dark one for American history. In Portland, racism and the KKK aren’t things that a lot of people discuss or even really know about, and I love how Faye brings that side of Portland out in this book. It’s truly a pleasure to read a book so rich in historical detail as this one it. This is a novel that I think would be great for bookclubs. There is a lot to discuss and I think it’s a novel that will appeal to many, especially fans of historical fiction, but it has  the darkness and grit of a noir book. I am super excited to share this novel with my friends and family, once again, a win for Faye!