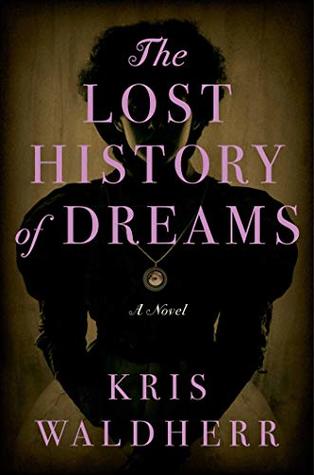 This book has been on my radar for months. I basically stalked the authors Twitter page waiting to see when there would be ARC’s available and hoping that I would get picked to be an early reader!

To say that this book has my name written all over it is an understatement. I love all things Victorian and Gothic and this book couldn’t have been more intriguing to me if it tried. It had everything I was looking for in a great Gothic read.

I was beyond thrilled to get picked as an early reader and patiently waited to start the book so that I could savor every single aspect of it! The hype around this book has been pretty real, it’s  been all over social media for a while now and I couldn’t be more excited to be part of the hype!

A post-mortem photographer unearths dark secrets of the past that may hold the key to his future, in this captivating debut novel in the gothic tradition of Wuthering Heights and The Thirteenth Tale.

All love stories are ghost stories in disguise.

When famed Byronesque poet Hugh de Bonne is discovered dead of a heart attack in his bath one morning, his cousin Robert Highstead, a historian turned post-mortem photographer, is charged with a simple task: transport Hugh’s remains for burial in a chapel. This chapel, a stained glass folly set on the moors of Shropshire, was built by de Bonne sixteen years earlier to house the remains of his beloved wife and muse, Ada. Since then, the chapel has been locked and abandoned, a pilgrimage site for the rabid fans of de Bonne’s last book, The Lost History of Dreams.

However, Ada’s grief-stricken niece refuses to open the glass chapel for Robert unless he agrees to her bargain: before he can lay Hugh to rest, Robert must record Isabelle’s story of Ada and Hugh’s ill-fated marriage over the course of five nights.

As the mystery of Ada and Hugh’s relationship unfolds, so does the secret behind Robert’s own marriage—including that of his fragile wife, Sida, who has not been the same since the tragic accident three years ago, and the origins of his own morbid profession that has him seeing things he shouldn’t—things from beyond the grave.

Kris Waldherr effortlessly spins a sweeping and atmospheric gothic mystery about love and loss that blurs the line between the past and the present, truth and fiction, and ultimately, life and death (summary from Goodreads).

Like any good Gothic novel, this one start off a little on the slow side. It takes its time building up the creepy factor and creating uneasiness for the reader. Admittedly the first third of the book was a little slow and boring for me. I was eager for the pace to quicken, but Victorians aren’t known for their speed. The author clearly tries to maintain the classic Victorian gothic feel of this book and like a classic writer of the genre, takes her time building up to the story itself.

It had everything that a classic Gothic novel should have—a crumbling family estate, a love story, mysterious dark characters, uneasy or damaged protagonists, and of course ghosts. I absolutely loved this book. It was a thrilling read and after the first third, the rest of the book progressed nicely and the unfolding story was interesting, sensual, and creepy. I loved taking a journey into the unknown with this one!

For me, this wasn’t a fast read. There was a lot of lush prose, historic details, and elegant descriptions that made me want to slow down and enjoy as a reader rather than rush through it to see what the ending was. I like books that move, but having this one be a bit more of a slow burn for me worked.

I was intrigued by the setting, plot, and the characters so needless to say this was a home run for me! I loved it and am excited to read more by this author. What a wonderfully a live Gothic novel!

Kindle Edition, 320 pages
Expected publication: April 9th 2019 by Atria Books
ASIN B07GNT9ZPZ
Free book copy provided by, Atria Books, in exchange for an honest review. All opinions are my own and in no way influenced.
Rating: 4.5 stars
Genre: Gothic/Victorian horror

3 thoughts on “Review: The Lost History of Dreams by Kris Waldherr”