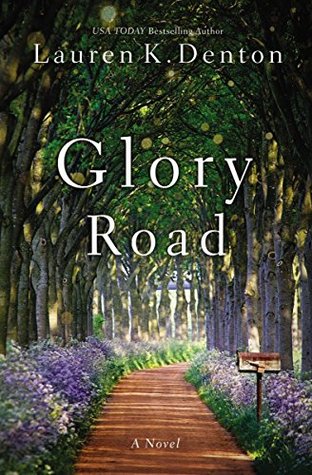 Southern fiction is a such a fun genre for me to read. I had never really differentiated books set in regional places, until I was in college and read Midnight in the Garden of Good and Evil. It was then that I fell in love with Southern fiction.

It was very clear that books set in the South have a unique voice all their own and I simply can’t get enough. Whether it’s Southern Gothic (my absolute fav) or Southern romance, Southern beach reads, or Southern Women’s Fiction—I simply love it all, except there just aren’t a ton of books to pick from like there are for larger genres like historical fiction for example.

So that said, when this book came up for review, I was thrilled to read it! The author is a new to me author, but the fact that it’s set in the South and labeled Southern Romance just made me all the more excited to give it a shot!

Nearly a decade after her husband’s affair drove her back home to South Alabama, Jessie McBride has the stable life she wants—operating her garden shop, Twig, next door to her house on Glory Road, and keeping up with her teenage daughter and spunky mother. But the unexpected arrival of two men makes Jessie question whether she’s really happy with the status quo.

When handsome, wealthy businessman Sumner Tate asks her to arrange flowers for his daughter’s lavish wedding, Jessie finds herself drawn to his continued attention. Then Ben Bradley, her lingering what-could-have-been from high school, moves back to the red dirt road, and she feels her heart pulled in directions she never expected.

Meanwhile, Jessie’s fourteen-year-old daughter, Evan, is approaching the start of high school and navigating a new world of emotions—particularly as they relate to the cute new guy who’s moved in just down the road. At the same time, Jessie’s mother, Gus, is suffering increasingly frequent memory lapses and faces a frightening, uncertain future.

In one summer, everything will change. But for these three strong Southern women, the roots they’ve planted on Glory Road will give life to the adventures waiting just around the curve (summary from Goodreads).

While this book is a romance, I would argue that it’s more complexed than that and more of a women’s fiction book with romantic interests as a secondary focus. I liked this approach and felt that the mother/daughter relationship focus was tender, interesting and heart warming. One of the things that I loved the most about the relationships in this book (all of them) was that for the most part they were healthy and positive. The romances played second fiddle so to speak but I found that the romances were well done, believable, sweet, and swoon worthy and also healthy.

This book was very atmospheric and I adored that! I am not from the South, I have never visited the South (beyond the odd airport or two) so I have no experience beyond books and movies when it comes to the South. But for me that region holds a very romanticized idealistic small town feel and this book capitalized on that feeling. I loved the own descriptions and everything about this setting radiated Southern charm.

I throughly enjoyed reading this novel each moment I could. It was refreshing, charming, and interesting. While this novel does have some Christian elements to it, the focus is truly on the lives of the three women characters and the men that come into their lives. It was a wonderful read and I would highly recommend this book to moms/daughters this spring, especially just in time for Mother’s Day!

Kindle Edition, 368 pages
Published March 19th 2019 by Thomas Nelson
ASIN B07DT5JFVQ
Free book copy provided by publisher, Thomas Nelson as part of the TLC Book Tour, in exchange for an honest review. All opinions are my own and in no way influenced.
Rating: 4.5 stars
Genre: Southern women’s fiction 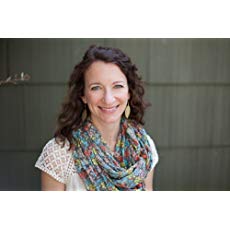 Born and raised in Mobile, Alabama, Lauren now lives with her husband and two daughters in Homewood, just outside Birmingham. In addition to her fiction, she writes a monthly newspaper column about life, faith, and how funny (and hard) it is to be a parent. On any given day, she’d rather be at the beach with her family and a stack of books. Her debut novel, THE HIDEAWAY, was a Wall Street Journal, USA Today, and Amazon Charts bestseller. Her second novel, HURRICANE SEASON, released in spring of 2018, is a USA Today bestseller. GLORY ROAD will release in March, 2019.

Tuesday, April 2nd: Diary of a Stay at Home Mom

Thursday, April 11th: By the Book

Friday, April 19th: What is That Book About