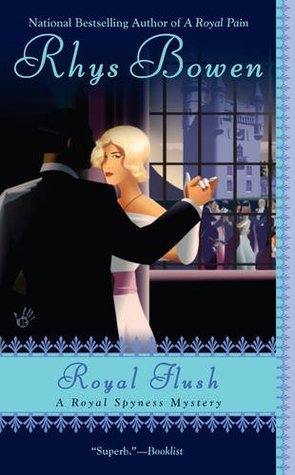 In short I loved it. So I decided to continue through the entire series book by book which isn’t too bad because they are super fast reads. So here we are, three books in so far.

1930’s London: Poor Lady Georgiana-thirty-fourth in line to the throne- has been sent home due to a little scandal. Now she must keep the entirely unsuitable Mrs. Simpson from seducing the Prince of Wales-and help Scotland Yard by preventing someone from shooting the Prince of Wales instead of quails (summary from Goodreads).

In my opinion, not every single book in a series is a five star book. Some are better than others and in this case, this installment was just ok for me. I wasn’t overly invested in the characters or the mystery. I mean, it was enjoyable and a quick read, but it wasn’t my favorite so far.

For starters, I needed more Darcy. I love him and Georgie together and I while he was in this book quite a bit, their interaction was limited and I found that disappointing. As for the mystery, it was just ok. I wasn’t overly interested in it but it had enough to keep me reading until the end so I guess it wasn’t bad.

Beyond Georgie, there just weren’t any characters that stood out in the way that they did in other books. For instance, the Princess in the second book, though a secondary character, was funny and memorable. In this book it seemed to be lacking an interesting and quirky character.

Overall this one was just ok for me. I mean I still love the series and Georgie is to die for! She’s brilliant and horribly entertaining! But like I said, not every book need be a five star in series’ that are so longstanding such as this one.

In the end I went with a three star rating for this one. It was good but not outstanding. I did just start the fourth book and I am loving it. Review to come on that one in a few weeks!