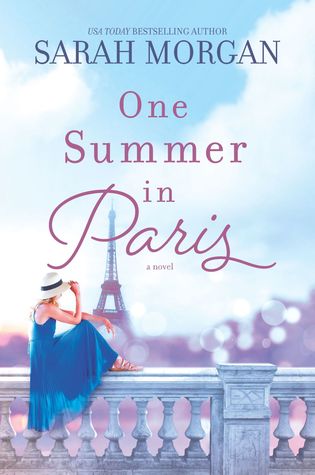 This author is a new author to me and sadly I haven’t heard of any of her other books, and she has written an extensive amount of books!

So I was surprised that I hadn’t heard of her before. When this one came up for review, I almost passed on it. It sounded a little on the heavy side….divorce, heart break, loss…..it says it all right there in the summary and I just didn’t think I was ready for a novel with some heavy content.

But I also thought the cover was pretty and I’ve been on a huge women’s fiction kick lately so I thought why not give it a try. Her experience alone basically implies  a well written novel with substance, so I decided to read it and familiarize myself with her writing!

To celebrate their twenty-fifth wedding anniversary, Grace has planned the surprise of a lifetime for her husband—a romantic getaway to Paris. But she never expected he’d have a surprise of his own: he wants a divorce. Reeling from the shock but refusing to be broken, a devastated Grace makes the bold decision to go to Paris alone.

Audrey, a young woman from London, has left behind a heartache of her own when she arrives in Paris. A job in a bookshop is her ticket to freedom, but with no money and no knowledge of the French language, suddenly a summer spent wandering the cobbled streets alone seems much more likely…until she meets Grace, and everything changes.

Grace can’t believe how daring Audrey is. Audrey can’t believe how cautious newly single Grace is. Living in neighboring apartments above the bookshop, this unlikely pair offer each other just what they’ve both been missing. They came to Paris to find themselves, but finding this unbreakable friendship might be the best thing that’s ever happened to them (summary from Goodreads)

So yes, this book has it’s moments of depression such as Grace’s husband revealing that he wants a divorce because he’s been having an affair, just before their 25th wedding anniversary and surprise trip to Paris. Talk about a punch to the gut.

I was literally mad about this situation for a number of chapters. I mean what an asshole! So admittedly I had a a hard time getting over that. My heart just broke for Grace. But she decides to go to Paris anyway. In contrast 18 year old Audrey is in Paris also trying desperately to escape her own desperate situation, her alcoholic mother.

I mean, right off the bat we have a pretty depressing book here, but then things start to pick up and this unexpected and beautiful friendship develops between the two characters and becomes such an inspirational story of reinventing yourself. I really loved watching the changes that came from each character and how the friendship evolved and helped them became better versions of themselves.

While this book was on the heavy side and at times kind of depressing, I thought in the end I  felt content and uplifted by their friendship and their own little ‘family’. As I predicted, Morgan’s experience echos on every page. Her story had a clear structure and gave the readers closure. Though I wasn’t sure that I liked the ending, I still thought it was a worthwhile read.

Also, who can resist a book set in Paris? I have the travel bug so hard after reading this book!

One thought on “Review: One Summer in Paris by Sarah Morgan”