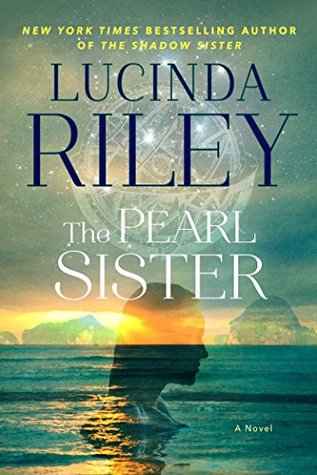 As I have been making my way through this series again, I was wondering how I would feel about this one again. I read it for the first time through back in early 2018, so not that long ago. The other two books I originally read a few years ago and then the third one was a first read for me.

But this one I had read not that long ago, so the story is still relatively fresh in my mind, so I was eager to see how I felt about CeCe’s story this time around.

CeCe was my least favorite of the sisters and having freshly come off of Star’s story, I was acutely aware of how much I disliked CeCe….again. Riley does have a knack for making you forget why you didn’t like a particular sister though, so I was eager for that to happen again, because frankly I just never cared for CeCe in any of the books, but especially after the third one…..but I did give it 4.5 stars the first time around, so let’s see if that rating held up this time around.

CeCe D’Aplièse has never felt she fitted in anywhere. Following the death of her father, the elusive billionaire Pa Salt – so-called by the six daughters he adopted from around the globe and named after the Seven Sisters star cluster – she finds herself at breaking point. Dropping out of art college, CeCe watches as Star, her beloved sister, distances herself to follow her new love, leaving her completely alone.

In desperation, she decides to flee England and discover her past; the only clues she has are a black-and-white photograph and the name of a woman pioneer who lived in Australia over one hundred years ago. En-route to Sydney, CeCe heads to the one place she has ever felt close to being herself: the stunning beaches of Krabi, Thailand. There amongst the backpackers, she meets the mysterious Ace, a man as lonely as she is and whom she subsequently realises has a secret to hide . . .

A hundred years earlier, Kitty McBride, daughter of an Edinburgh clergyman, is given the opportunity to travel to Australia as the companion of the wealthy Mrs McCrombie. In Adelaide, her fate becomes entwined with Mrs McCrombie’s family, including the identical, yet very different, twin brothers: impetuous Drummond, and ambitious Andrew, the heir to a pearling fortune.

When CeCe finally reaches the searing heat and dusty plains of the Red Centre of Australia, she begins the search for her past. As something deep within her responds to the energy of the area and the ancient culture of the Aboriginal people, her creativity reawakens once more. With help from those she meets on her journey, CeCe begins to believe that this wild, vast continent could offer her something she never thought possible: a sense of belonging, and a home (summary from Goodreads)

I had forgotten how problematic CeCe’s story was in terms of things coming full circle. There was the Ace plot that in my opinion didn’t really have that much to do with her overall story. And then there was the Chrissie relationship. While I enjoyed that new aspect of the story, I don’t think it had time to develop fully and become a fully formed romance. The romance between CeCe and Ace seemed much more fully formed compared to Chrissie which I felt was unfortunate.

CeCe’s dyslexia bordered on annoying for me this time around and I often felt like she was overly harsh on herself ad lacked general self confidence, even in the end. I felt like she whined about her inabilities and short comings for most of the novel but then in the end accepted them—–ish.

I am not saying that I didn’t connect with her. In fact I connected with her a great deal. She always seems to feel out of place among all of her other sisters but yet she does seem to know herself better than the others. She understands that she has flaws and even though she struggles with self confidence, she isn’t afraid to try new things and literally jumps on a plane in an impulsive gesture to discover her roots which I completely admire and adore about her.

While I had issues with CeCe’s story and character, Riley has such a way of making the reader fall in love with each sister in their own way. As soon as it was time to transition from CeCe’s story to Kitty’s (the historical fiction part), I was so annoyed because I wanted to keep reading more about CeCe.

For me what made this novel was Kitty’s story, especially Drummond. There were times when I hated Kitty so much for being stubborn and unfair toward Drummond, but in the end she was who she was and I thought her story wrapped nicely and came full circle—-if not a little too neat.

I absolutely adored Drummond and couldn’t get enough of him. He was charming and had my heart from the first moment we were introduced to him in this story. I adored him and honestly if Kitty didn’t want him, she can send him my way.

Listening to this book a second time around gave me some time to reflect and think about it more than I did the first time around. The first time through I was rushing to get through the story. Which isn’t easy to do as these books come in around 600+ pages! But this time, I was listening to it in my car and doing house work and I was able to really think about how this one came together. In my opinion, this book isn’t perfect, but I still picked it up every second I could get and though about it long after it was finished which is the hallmark of a great book for me. In the end I think I am going to have to give it 4 stars.

This is slightly less than the original read through. While I still love this series and loved CeCe and Kitty’s stories, I still felt like there were more plot issues that I identified this time through that I didn’t the first time I read this book. Still an absolutely marvelous book. Read it for the exotic setting (I want to go to Australia now!) and Drummond. You won’t be sorry! Swoon.