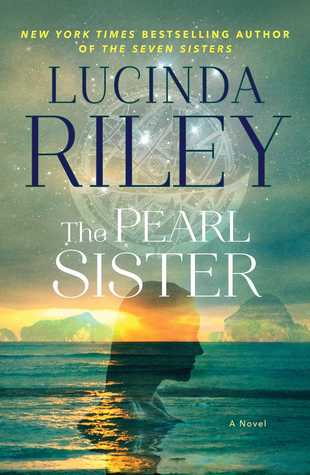 I have been a huge fan of Lucina Riley’s novels for quite some time, although I think I missed one back in 2016, THE SHADOW SISTER, which makes me sad because I love her books. I simply must go back and read that one before the year is out and the next book comes out!

That said, I don’t feel like I missed a whole lot by skipping around within the series. Every story is unique and independent of the series as a whole, but that said they are all connected by central characters and other plot points, but again it’s not necessary to read them in order but it does help!

When this one came up I was so excited, though disappointed that I missed one in the series, I was still super excited to jump back into the story of the seven sisters and find out what romance lay ahead.

CeCe D’Aplièse has never felt she fitted in anywhere. Following the death of her father, the elusive billionaire Pa Salt – so-called by the six daughters he adopted from around the globe and named after the Seven Sisters star cluster – she finds herself at breaking point. Dropping out of art college, CeCe watches as Star, her beloved sister, distances herself to follow her new love, leaving her completely alone.

In desperation, she decides to flee England and discover her past; the only clues she has are a black-and-white photograph and the name of a woman pioneer who lived in Australia over one hundred years ago. En-route to Sydney, CeCe heads to the one place she has ever felt close to being herself: the stunning beaches of Krabi, Thailand. There amongst the backpackers, she meets the mysterious Ace, a man as lonely as she is and whom she subsequently realises has a secret to hide . . .

A hundred years earlier, Kitty McBride, daughter of an Edinburgh clergyman, is given the opportunity to travel to Australia as the companion of the wealthy Mrs McCrombie. In Adelaide, her fate becomes entwined with Mrs McCrombie’s family, including the identical, yet very different, twin brothers: impetuous Drummond, and ambitious Andrew, the heir to a pearling fortune.

When CeCe finally reaches the searing heat and dusty plains of the Red Centre of Australia, she begins the search for her past. As something deep within her responds to the energy of the area and the ancient culture of the Aboriginal people, her creativity reawakens once more. With help from those she meets on her journey, CeCe begins to believe that this wild, vast continent could offer her something she never thought possible: a sense of belonging, and a home (summary from Goodreads).

In previous books, I have only really thought of CeCe as being a bit of a brat so I was excited to read her story and let Riley sway me in favor or yet another sister and I was not disappointed. I loved reading about CeCe. She kind of has this brooding silent thing going on which I love about her character. I totally connected with her in an entirely different way than the other sisters.

I absolutely loved getting to know her and seeing her grow and come alive within the story. I also loved navigating Kitty’s story. Riley’s books have kind of a duo story line with a foot in the past and a foot in the present which I love. Sometimes one plot tends to outshine the other but not with Riley’s novels. Both plots are well thought out and interesting.

What I think sets Riley’s novels aside from other historical fiction books is they aren’t just about historical fiction. Nor are they ‘just romance novels’. They have a little bit of everything…..some chick lit, some romance, some historical fiction, and some contemporary literature. It’s a mixed bag but all done with surprising ease.

But can I just say one thing that drives me crazy in the books…..one tiny little thing that while small is like nails on a chalkboard for me. I absolutely hate the name ‘Pa Salt’. I can’t even begin to tell you how much that name bothers me. Anything with ‘Pa’ in it just grates on my nerves. But aside from that little personal, stylistic problem….I love her novels so much, I can’t say enough great things.

If you haven’t discovered Riley’s books stop and pick one up. You don’t have to read The Seven Sisters in order, they all work great as stand alone books!

Book: The Pearl Sister (The Seven Sisters #4) by Lucinda Riley

5 thoughts on “Review: The Pearl Sister (The Seven Sisters #4) by Lucinda Riley”