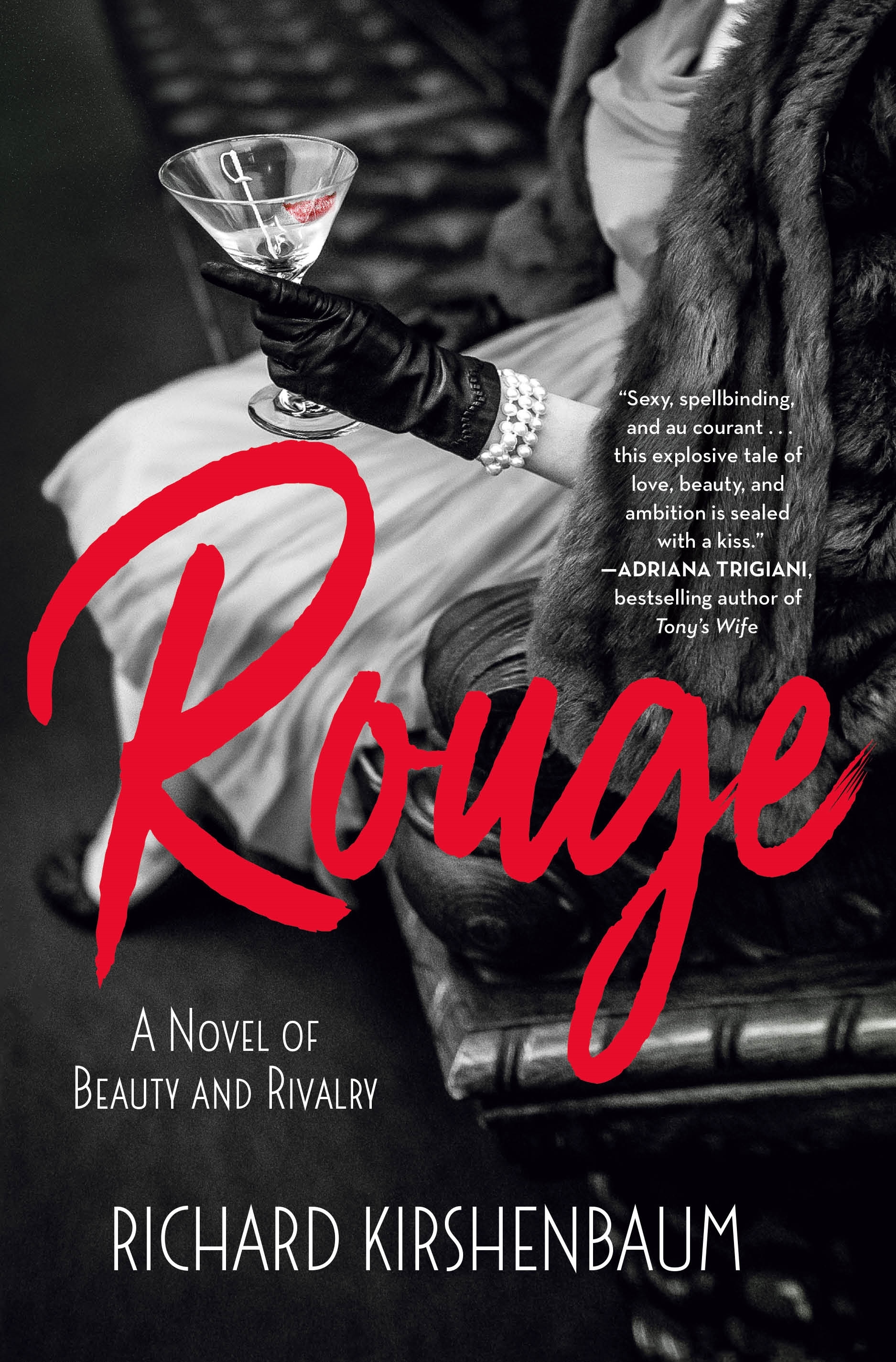 As a young girl growing up in the late 80’s, early 90’s at the height of the ‘glamour’ industry (well at least for me!), there was no way I could pass on this book.

I was exceptionally interested in cosmetics and the ‘glamor’ industry starting in my early teens, a passion the carried on into my early 20’s. In my youth, there was nothing like seeing who the new ‘Cover Girl’ was going to be, or what new makeup promised to revolutionize my beauty routine.

I was the girl who wore every single cosmetic from age 13. I had horrible acne as a elementary child and because I went to a Catholic school, I wasn’t allowed to wear makeup which was horrible for a girl with terrible skin. But once I transitioned into a public junior high school, all bets were off and thus came my obsession with cosmetics and beauty.

So what I am trying to say is this book appealed to me on a deeply personal level and I was thrilled to read about the cosmetics industry, especially since a man was writing the book.

Like Swans of Fifth Avenue and Truman Capote’s Answered Prayers, Richard Kirshenbaum’s Rouge gives readers a rare front row seat into the world of high society and business through the rivalry of two beauty industry icons (think Helena Rubenstein and Elizabeth Arden), by the master marketer and chronicler of the over-moneyed.

Rouge is a sexy, glamorous journey into the rivalry of the pioneers of powder, mascara and rouge.

This fast-paced novel examines the lives, loves, and sacrifices of the visionaries who invented the modern cosmetics industry: Josiah Herzenstein, born in a Polish Jewish Shtlel, the entrepreneur who transforms herself into a global style icon and the richest woman in the world, Josephine Herz; Constance Gardiner, her rival, the ultimate society woman who invents the door-to-door business and its female workforce but whose deepest secret threatens everything; CeeCee Lopez, the bi-racial beauty and founder of the first African American woman’s hair relaxer business, who overcomes prejudice and heartbreak to become her community’s first female millionaire. The cast of characters is rounded out by Mickey Heron, a dashing, sexy ladies’ man whose cosmetics business is founded in a Hollywood brothel. All are bound in a struggle to be number one, doing anything to get there…including murder (summary from Goodreads).

When I picked this one up, I thought it was going to be more of a non-fiction book, especially since the author has written mostly non-fiction books in the past. I was pleasantly surprised that this book was fiction/historical fiction. I was admittedly a little skeptical about a man writing a book about a predominately female industry, including female characters. No one knows a woman like a woman—-however, this man did hell of a job highlighting female struggles in an industry that was horribly cutthroat!

I could not believe how fast paced this book was and yet how much ground was covered. It was glamorous (as I was expecting it to be), exciting, and ruthless! I couldn’t believe how the women in this industry would stop it nothing to get to the top—-Kirshenbaum did a marvelous job highlighting the cutthroat nature of women in this field for sure!

While I didn’t love the characters or their choices sometimes, I ultimately felt that it was an accurate representation of women in that industry which is what made them interesting. I personally think it’s fun to read about the uber rich and famous, because you know there was an interesting story about how they got there and what they had to give up. Knowing I will never be one of those people, I find it engrossing and interesting because they are so different and far removed from me as a reader that I can’t help but be sucked in. Which was the case in this book.

But this novel was so much more than just snarky cattiness between rival beauty houses or even female and romanic relationships—what I found most exciting about this book was the suspense element. People in this industry will do anything to succeed, including murder and everything else in between. I loved uncovering various plots in this book. It was a wonderful read that kept me eager and interesting for what was going to happen next.