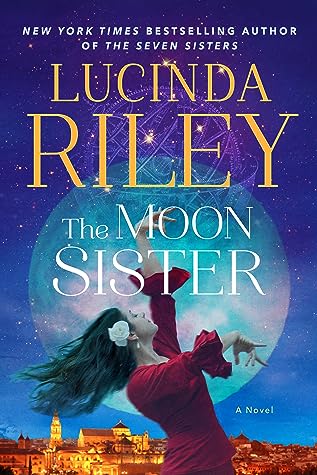 I read this book only a few months ago, March to be exact. So why would I want to read it again so soon you ask? Well, I wanted to experience the Seven Sisters series again but in a whole new way.

I started re-reading the series back in April but this time, I started listening to all the books instead which proved to be quite a different experience all together. And now that all the sister stories are fresh in my mind, I was curious to see how this book held up on a second read through.

When I first got this book for review,  I was excited to read another sisters book and in all honesty I felt like I rushed through it the first time trying to take it all in as I was excited to return to such an interesting and satisfying series.

Tiggy D’Aplièse spends her days experiencing the raw beauty of the Scottish Highlands doing a job she loves at a deer sanctuary. But when the sanctuary is forced to close, she is offered a job as a wildlife consultant on the vast and isolated estate of the elusive and troubled laird, Charlie Kinnaird. She has no idea that the move will not only irrevocably alter her future, but also bring her face-to-face with her past.

At the estate, she meets Chilly, a gypsy who fled from Spain seventy years before. He tells her that not only does she possess a sixth sense passed down from her ancestors, but it was foretold long ago that he would be the one to send her back home…

In 1912, in the poor gypsy community outside the city walls of Granada, Lucía Amaya-Albaycin is born. Destined to be the greatest flamenco dancer of her generation—and named La Candela, due to the inner flame that burns through her when she dances— Lucía is whisked away by her ambitious and talented guitarist father at the tender age of ten to dance in the flamenco bars of Barcelona. Her mother is devastated by the loss of her daughter and as civil war threatens in Spain, tragedy strikes the rest of her family. Now in Madrid, Lucía and her troupe of dancers are forced to flee for their lives, their journey taking them far across the water to South America and eventually, to North America and New York—Lucía’s long-held dream. But to pursue it, she must choose between her passion for her career and the man she adores. The Moon Sister follows these two women on their journey to discover their true futures—but at the risk of potentially losing the men they had hoped to build futures with (summary from Goodreads).

In all honesty, I don’t think I enjoyed this one as much this time around. As I mentioned in my previous review, Tiggy was the sister I felt no connection with. She is the ‘spiritual’ sister and definitely a little on the ‘earthy and crunchy’ side and she just wasn’t for me. But in this book I adored her tenderness and genuine heart for animals and healing. I ended up really enjoying TIggy almost more than the other sisters so far and that remained true this time around. I thought she was the most ‘modern’ of all the women and I think the one that many modern readers will identify with. She struggles to balance her career with her health and trying to keep her personal life separate from her romantic life.

I know that for me as a woman, I’ve worked so hard to get where I am at and then when I decided to stay home with my baby, it was a tough call. I felt like I would be giving up all that I worked for, but in the end I felt like this calling was more important than the cooperate ladder and I think this is something that Tiggy struggles with as well as Lucia in the historical part of the story which I think a lot of women readers will identify with on some level.

But that said, I felt like this book had some issues. I wasn’t sure that I entirely invested in Charlie and Tiggy’s romance. I think they only had a couple of conversations throughout the novel and I didn’t think that was enough to validate Charlier’s declarations of love later in the story. The modern story felt a little choppy in a way that the others didn’t, and I think the romance could have been great had there been more tension and build up between Tiggy and Charlie.

While this was a big of a disappointment for me, I think what ultimately bothered me was Lucia’s story. I did not like Lucia at all. I felt like she was unbelievably selfish, stubborn, and the ultimate diva! Was she strong and fierce when it came to defending her career and family? Yes. Absolutely. But was she likeable? For me, no. I had a hard time with her and felt so sorry for the people she took advantage of along the way, especially Menique and Maria. By the end I was relieved to be done with her story. I did feel sorry for her in the end and admired her because she was who she was and was unapologetic for it. She wasn’t maternal and she wasn’t the kind of person who would change and give up her dreams or career and I admired the author for not making her character change to suit traditional characters etc. But that doesn’t mean I liked her very much.

The upside though is I still loved the setting and though the Flamenco and gypsy culture was elegantly displayed and I was completely transported to Granada in every chapter of the book. My sister is currently vacationing in Granada so I recommended this book to her because the elegance of the city was really captured by the author in this book. I loved it for that.

So where does that leave me with the second time around rating. I ended up going to 4 stars. I wanted to go with 3 because of Lucia, but the more I thought about it I felt that 4 was more appropriate because I truly felt connected to Tiggy and her story and felt that while it was different than the other sister stories, it had Riley’s signature style of elegance, charm, and realism that I couldn’t deny.