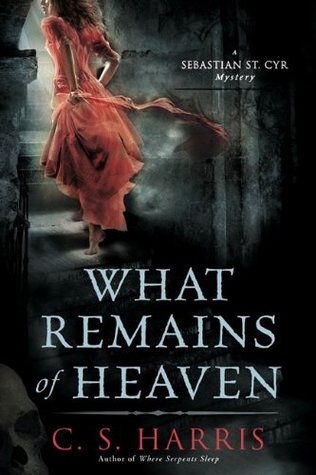 This series is flying by for me and I am living each and every book for all kinds of reasons!

The mysteries are each interesting, new, and twisty but for me the character development through each book has been incredible! When I started this series, I read only book 1 before jumping back in at like book 12. I thought the first book was good as well as the other later books, but I never fully appreciated this series until I started reading it beginning to end.

I didn’t have too much trouble starting this series late, but I did know there were relationships and events that I wasn’t fully understanding because I was so late to the party so to speak. I would recommend starting this series at the beginning if you want the full experience, but if you must start this series with later books, I recommend NOT starting with this one.

When the controversial, reform-minded Bishop of London is found bludgeoned to death in an ancient crypt beside the corpse of an unidentified man murdered decades before, Sebastian St. Cyr, Viscount Devlin, is asked by the Archbishop of Canterbury to help with the investigation. To Sebastian’s consternation, the last person to see the Bishop alive was Miss Hero Jarvis, a woman whose already strained relationship with St. Cyr has been complicated by a brief, unexpectedly passionate encounter.

As his search for the killer leads him from the back allies of Smithfield to the power corridors of Whitehall, Sebastian amasses a list of suspects that range from some of the Prince Regent’s closest cronies to William Franklin, embittered son of famous American patriot Ben Franklin. Sebastian must also confront the well-guarded secrets of his own family’s past—and a devastating truth that could ultimately force him to question who—and what—he really is. (summary from Goodreads)

There might be a few mild spoilers here but I will keep them to a minimum. This is a book that you don’t want to pick up to start the series. There are lots of history and events in this book that are a result of previous books in the series. The author did a nice job explaining some of the backstory and events but overall, I felt like at least the previous book directly impacted this story.

In this book we see a lot of personal growth in Sebastian. There are lots of big life changing things happening in this book for him and I am eager for the next book to see how to addresses this issues. The stage is set in this book for future evolvement, with the next book most likely exploring the ramifications of these revelations and changes.

Up until this point, Sebastian is kind of an a drift character in his world. He is the third born son not meant to be the heir, he’s estranged from his family the some degree or another, he has his childhood sweetheart as his mistress and he doesn’t really have any purpose when her returns from the military. As the books have gone on we see life changing him and him evolving and maturing into a man coming into his own. After this book I really feel like we are at a turning point in the series as well as Sebastian’s character and I couldn’t be more excited about that.

In this one I enjoyed the mystery and thought it was convoluted as always with loads of red herrings but in the end the book was more about Sebastian and his maturity than anything. I am so eager for the next book in the series, this is such a favorite of mine now!