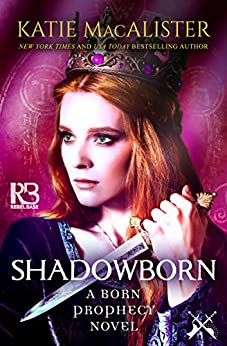 I started reading this series last year and it’s been a decent fantasy series that had kept me mostly interested.

There were some parts of the story that I liked better than others but overall it’s been pretty good and I felt invested enough in the series to see it through until the end.

As this book is part of a larger series, I would not recommend picking this book up as a standalone as you would be missing out on large parts of the story.

Liberated from exile, the brutal god Nezu is leveling his vengeful wrath against the blessed lands of Alba, and only three heroes stand a chance of stopping him. Fireborn Allegria, with her ability to harness the power of light; her Starborn lover, Hallow, who leads the society of mages; and Deo, a warrior born of both worlds . . .

But the circle of friendship is broken when Allegria is imprisoned in the spirit world of the Thane. Surrounded by long dead warriors bent on revenge, her grasp on the mortal realm is fading. Now she must fight to hold on to the memories she has left—and the hope that help is coming from a world away.

The ultimate battle between good and evil is breaking, and Hallow and Deo need Allegria to win it. But even then, how can they achieve the impossible? For it’s not just one destructive god they must face, but also his creator. Only an arcane prophecy and the untried power of their joined magics can save the Fourth Age. (summary from Goodreads)

When I started reading this book, I thought it was the last in the trilogy. Everything did indeed wrap up nicely, but yet there seemed like there might be more to come so I am not sure if this is truly the end of a series or if there might be a couple more books in the future.

I should also point out that the books have gotten better as the series progressed. I thought the first book was just ok but the second book was better and this latest book was probably my favorite so far. The dialogue had humor and flows nicely and the overall plot seems more flushed out now than it did in the first book. Sometimes the characters get a little sidetracked in the dialogue from the story but overall it isn’t as distracting as it sounds and I thought it was fun. Since there are a few character plots going on in this series, I am glad to see more solid story telling as the books have progressed.

This book had a little something for every one I think. Adventure, romance, and some magic. I enjoyed the magic bits and thought that the author has done a great job both in this book and the series, creating a captivating magical world. While I am not a big fan of mythology, I enjoyed the gods and goddesses in this book but for me I loved the arcane parts a little more.

Overall this was a nice installment to the series and I felt immersed in the world and the plot more so with this book than the others. I am looking forward to more books by this author and hope there will be more books set in this world even if they don’t follow the same characters, I think the world building was rich as exciting.

Kindle Edition
Published June 9th 2020 by Rebel Base Books
ASIN B07W5XN934
Free review copy provided by publisher, Kensington Books, in exchange for an honest review. All opinions are my own and in no way influenced
Rating: 3 stars
Genre: fantasy