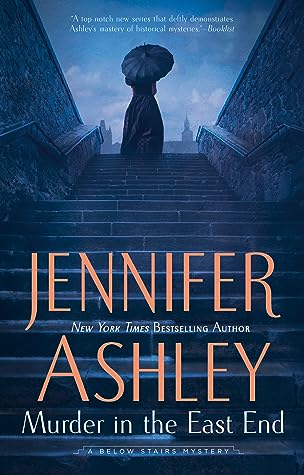 I was so fortunate to read the first Kat Holloway mystery a couple of years ago, but I just haven’t kept up on the series, though I am so glad to see that many readers have been enjoying the books!

If you love historical mysteries reminiscent of Downton Abbey, then this is a series you do not want to miss! I can’t wait to catch up with the series and see what all the fun characters are up to and from the sound of it, lots has happened!

When young cook Kat Holloway learns that the children of London’s Foundling Hospital are mysteriously disappearing and one of their nurses has been murdered, she can’t turn away. She enlists the help of her charming and enigmatic confidant Daniel McAdam, who has ties to Scotland Yard, and Errol Fielding, a disreputable man from Daniel’s troubled past, to bring the killer to justice. Their investigation takes them from the grandeur of Mayfair to the slums of the East End, during which Kat learns more about Daniel and his circumstances than she ever could have imagined. (summary from Goodreads)