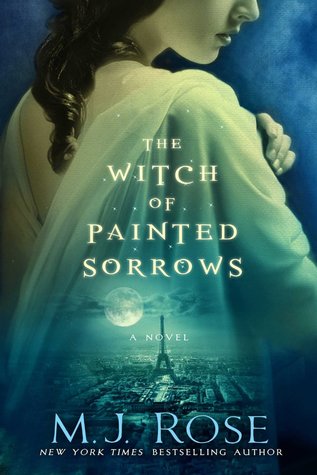 Sandrine Salome is running away to France. Her father has just died and her husband most likely had a hand in it.

She cannot continue to be in his house so she flees to Paris where her grandmother lives.

Sandrine used to live with her grandmother when she was younger but then she was whisked away when she was caught in a compromising situation with a boy.

Since then she has only seen her grandmother a handful of times but it’s almost like Paris is calling her home from America. When she arrives, her grandmother’s home is empty.

Her grandmother claims its due to renovations but Sandrine feels like she is hiding something. When she follows her grandmother one morning to the house, she meets a dashing architect….Julien.

She begins meeting Julien in secret each day that her grandmother goes out. Soon Sandrine and Julien become more than friends, and suddenly Sandrine has an overwhelming urge to paint. Her grandmother notices the paintings and becomes unreasonably angry claiming that Sandrine has been possessed by a ghost….La Lune.

I am a huge fan of MJ Rose, she always writes with such passion and sensuality. This book was no different. The setting, historic period, and the painting mixed with the occult details were magical. There was a lot that worked well in this story for me.

Sandrine was wonderful, I could really see her evolution as a character. She started out as a rough sketch with little to recommend her to the reader but then as soon as she started frequenting the house, she became more complex and full of vibrant passion. I loved that I could actually see those qualities coming to life in the book. Very well done.

The ghostly La Lune was also an interesting ‘character’. While she is more of a force, she added a dark and mysterious element to the novel. I found myself feeling her growing presence on each page as the story progressed.

Julian though the romantic was not the focus of the book necessarily. He had a substantial part in the book but the focus remained on Sandrine and La Lune.

For over three quarters of the book I was sure I was going to give this book at least a four star rating…..but the last 20% of the novel fell extremely short for me.

There was so much build up about La Lune and her possession of Sandrine….not to mention how to get ride of La Lune and what her motives were etc and the ending didn’t really answer those lingering questions for me.

I didn’t feel satisfied with the conclusion at all. I felt like there was too much left open ended with a completely rushed ending. Things weren’t addressed that I thought needed to be….they were eluded to but not fully explained or articulated in the conclusion. I don’t want to give away too much about the book but bottom line, I was disappointed and felt a little short changed with the ending.

It made me sad because the rest of the book was so good and magical….to have that spell broken by a rushed ending with loose ends was hard. I will read other things by her but I just felt a little short changed overall.

Book: The Witch of Painted Sorrows by M.J. Rose

3 thoughts on “Review: The Witch of Painted Sorrows by M.J. Rose”