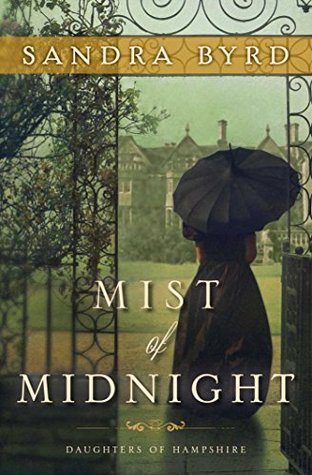 Rebecca Ravenshaw has survived an unthinkable tragedy in India.

During the uprising against the English, both of her parents are killed and her brother died from illness.

She is all alone in the world and wants to return to England where her father’s estate is.

When she arrived in England after a long journey, she finds that someone else has already come forward claiming to be her.

No one knows her, she hasn’t been in England since she was a child. She has no other living relations, no friends in England…..nothing to prove she is who she says she is. Rebecca soon discovers that the women claiming to be her has also died under mysterious circumstances.

She travels to her father’s estate to find some answers and discovers that there is already someone living in her house…..the next ‘in line’ for the estate, a distant relation…Captain Luke Whitfield.

Captain Whitfield agrees to let her stay in the house until the case can be sorted out. Rebecca soon senses that something is amiss at the estate. There are rumors swirling that the ‘impostor’ was actually murdered, potentially by Captain Whitfield’s hand.

Rebecca refuses to believe that the Captain would have anything to do with the woman’s death but there is circumstantial evidence that suggests he knows more than he is telling her.

I have been looking forward to this book for a long time now. I love Gothic romances and am a huge fan of authors like Victoria Holt. This book sounded like a Victoria Holt novel so I was totally on board to review it!

I love not knowing if the hero is implicated in the crime or not….you hope he’s not but with the evidence mounting, how can you deny that it looks suspicious? That’s what I like best about Gothic romances, the hoping that the hero isn’t really the villain.

In this book, there was plenty to make me question Luke and his motives. However, part of me felt that from the beginning he was cleared from any wrong doing. I was much more suspicious of others and not really of him so that was kind of disappointing.

The mystery was interesting. I loved the identity theft angle and that the woman had to have known at least a little about her family in order to pose as her.

Sometimes though I thought the novel didn’t focus enough on that part of the story. I thought it was so intriguing and a great premise for a Gothic novel, but I didn’t think that it was developed enough overall. I would have liked to have seen more in this area.

The ending was a little too neat as well. Things came together with a little too much explanation. Some things to me weren’t necessary and didn’t drive the story forward. For instance, Rebecca being locked in the horse paddock.

I didn’t think this really did anything for the story and the explanation was a little too convenient. I thought that could have been used to really keep the reader on edge but it just wasn’t important enough and the reason wasn’t vital to the story for me.

This was such a hard book to rate. On one hand I was thinking of putting it in the 3 to 3.5 star range for plot and story, but I liked the main character so much and the love story was adequate and enjoyable so overall I went with a 4 star rating based on that.

Overall it was a decent Gothic romance with a fresh, modern voice in the genre and I was compelled enough by the characters, romance, and the plot to keep reading. I would also read other books in this series as it appears to be the first in a new series.

Book: Mist of Midnight: A Novel (Daughters of Hampshire #1)

Tuesday, March 3
Review at A Chick Who Reads
Review & Giveaway at Broken Teepee

Wednesday, March 4
Review at Library of Clean Reads
Review at Oh, For the Hook of a Book

Thursday, March 5
Review at Reading the Past
Review & Giveaway at A Literary Vacation
Review & Guest Post at With Her Nose Stuck in a Book

Tuesday, March 10
Review at Just One More Chapter
Interview at Oh, For the Hook of a Book

Thursday, March 19
Review at CelticLady’s Reviews
Guest Post & Giveaway at Passages to the Past

3 thoughts on “Review: Mist of Midnight: A Novel (Daughters of Hampshire #1) by Sandra Byrd”