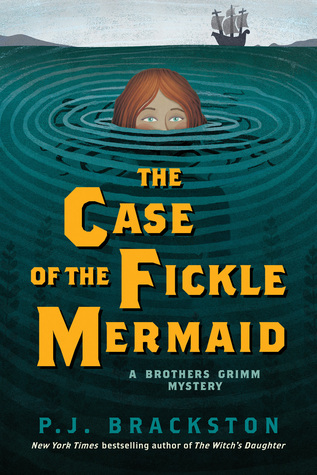 This is a very quirky mystery series. I read the second book in the series last year and while it was quirky it was also pretty enjoyable. PJ Brackston is short for Paula Brackston who most famously writes what I call ‘the witch books‘.

I’m a huge fan of her witch books and her writing style, so when this series came across my nightstand for review  I agreed even though I started with the second book. I enjoyed the whole ‘Gretel as a sleuth’ idea and when I read the book I found lots of things to love about the series.

I love the whole fairy tale and murder mystery idea that the series is based on. Even though I started with the second book in the series I was able to connect to the characters for the most part and follow along with the back story without any real struggle. So when this third book came out I gladly decided to read it!

Gretel is now all grown up and working as a private investigator in 18th century Bavaria. Her professional interest is piqued when she begins to hear whispers of of mysterious goings-on off the coast of Schleswig-Holstein: sailors are disappearing, and there are rumors of mermaids and sea creatures and all manner of slippery, sea-based happenings.

Ordinarily, Gretel’s interest in sea-life does not extend beyond that which is edible, doused in butter and garlic, and already on the plate before her. However, funds are low, and the captain of the ship Arabella makes a tempting offer of good pay and a free cruise in return for her detective services.

With a splendid new wig packed, Hans as her bodyguard on the journey north, and the promise of two weeks of fine dining and erudite company whilst sailing around the picturesque Friesian islands, what could possibly go wrong?

Gretel is a very savvy detective and I felt convinced by her character. I felt like she was capable in her role which give her credibility to the audience and the reader could connect with her on a personal level even if she was a character in a fairy tale.

There are a lot of twists in the plot and though not overly complex, there is enough to keep the reader interested in the mystery and keep the reader guessing until the end. I liked the magical/fantasy elements in the story and the overall premise. The mystery was enough to keep me interested. The book over all was cute and entertaining as well as funny. I liked that Gretel was a more mature heroine and she had a unique and quirky way of looking at things and the mystery. I liked her, I don’t know that I loved her, but I liked her enough to keep reading the book to see what happens next.

While this is a charming and fun mystery series, for me Brackston’s strength is still in her witch books. For me that is where she shines and her abilities as a writer really come through. But if you are into fairy tale mysteries then this book is a fun option!

Book: The Case of the Fickle Mermaid: A Brothers Grimm Mystery by P. J. Brackston