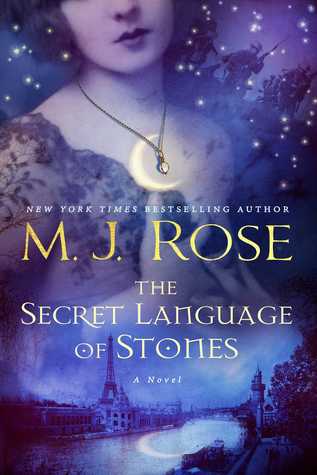 When I read the first book, The Witch of Painted Sorrows, I had no idea that it was going to end up being an actual ‘series’. It read so well as a stand alone book that I was surprised to see it would be becoming a series.

So when this one came across my desk, I was thrilled to review it and see how the ‘series’ was going to develop as there were some loose ends that weren’t exactly completely tied up in the first book.

This book was right up my alley, WWI France. I love books set in this time period not to mention a little hint of the super natural and some romance which made for a unique read all around!

The Romanov dynasty reaches its sudden, brutal end, a young jewelry maker discovers love, passion, and her own healing powers in this rich and romantic ghost story. Nestled within Paris’s historic Palais Royal is a jewelry store unlike any other.

La Fantasie Russie is owned by Pavel Orloff, protégé to the famous Faberge, and is known by the city’s fashion elite as the place to find the rarest of gemstones and the most unique designs. But war has transformed Paris from a city of style and romance to a place of fear and mourning.

From La Fantasie Russie’s workshop that young, ambitious Opaline Duplessi now spends her time making trench watches for soldiers at the front, as well as mourning jewelry for the mothers, wives, and lovers of those who have fallen.

People say that Opaline’s creations are magical. But magic is a word Opaline would rather not use. The concept is too closely associated with her mother Sandrine, who practices the dark arts passed down from their ancestor La Lune, one of sixteenth century Paris’s most famous courtesans.

But Opaline does have a rare gift even she can’t deny, a form of lithomancy that allows her to translate the energy emanating from stones.

Certain gemstones, combined with a personal item, such as a lock of hair, enable her to receive messages from beyond the grave. In her mind, she is no mystic, but merely a messenger, giving voice to soldiers who died before they were able to properly express themselves to loved ones. Until one day, one of these fallen soldiers communicates a message—directly to her.

So begins a dangerous journey that will take Opaline into the darkest corners of wartime Paris and across the English Channel, where the exiled Romanov dowager empress is waiting to discover the fate of her family.

As I said, this was a wonderful read and in many ways more polished than the first book in the series which I appreciated. One of my biggest critiques of the first book was the conclusion, I felt like there was so much build up about La Lune and her possession of Sandrine….not to mention how to get ride of La Lune and what her motives were etc and the ending didn’t really answer those lingering questions for me, however with this second installment we got more about Sandrine and her intentions etc which I felt were necessary to the story development!

Since I thought the first book was more of a stand alone, those lingering questions bothered me a lot, but now that I see that the story will become a series, then it doesn’t bother me so bad. I was thrilled to see more information being revealed about Sandrine and it made more sense to me why things were left a little ‘up in the air’ after the first book.

One thing that Rose does so well in her novels is character development! Opaline in constantly evolving and growing in this book! She starts off a little afraid of her abilities, with an innocent vulnerability. But as the story goes on she becomes more brave and determined to understand her gifts. Rose also does sensual romance so perfectly….and this book is no exception! The chemistry between Opaline and Jean Luc is full of emotion and passion. I felt invested in their romance and the chemistry was so believable that you couldn’t help but fall in love with them as a couple.

I think what was surprising most of all in this book was that there was a large focus on the historical aspects of the period. In the previous book, Rose focused more on the magical elements and romance…..that’s kind of her ‘trademark’, so while this book has magic and romance, a huge part of it was building the historical setting and political intrigue. While I loved reading this book, I kind of found myself wanting more romance and more magic. Yet while I wanted more of those things, I didn’t feel entirely ‘short changed’ reading this one. It’s a beautiful story and a wonderful progressive edition to a great series, but I would love to see more romance and magic in the next book!

Book: The Secret Language of Stones: A Novel (The Daughters of La Lune #2) by M.J. Rose

Wednesday, July 13
Spotlight at Passages to the Past

Friday, July 15
Review at A Dream within a Dream

Friday, July 22
Review at Nerd in New York
Spotlight at I Heart Reading

Friday, August 5
Review at A Chick Who Reads
Spotlight at What Is That Book About

Monday, August 8
Review at So Many Books, So Little Time

Tuesday, August 9
Review at Worth Getting in Bed For

Monday, August 15
Review at Fangirls Ahead!

2 thoughts on “Review: The Secret Language of Stones: A Novel (The Daughters of La Lune #2) by M.J. Rose”