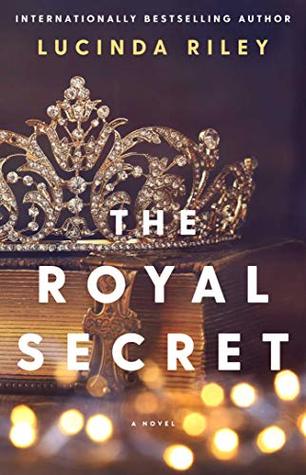 I have been a long time fan of Lucinda Riley and am making my way through the Seven Sister’s books again, this time on audiobook.

I absolutely love her writing and count her as one of my favorite authors. When I saw that she had a new book coming out in the US (it was already published in the UK I believe), I was thrilled and eager to read it.

Her books tend to be on the longish side, but I was happy to adjust my schedule and work this book in because I know the kind of books she writes and I was sure to not be disappointed.

Though I did have to aggressively read some of the other books that I have on my schedule, I was happy to do so, so that I could fit this one in!

When Sir James Harrison, one the greatest actors of his generation, passes away at the age of ninety-five, he leaves behind not just a heartbroken family but also a secret so shocking, it could rock the English establishment to its core.

Joanna Haslam, an up-and-coming reporter, is assigned to cover the legendary actor’s funeral, attended by glitzy celebrities of every background. But Joanna stumbles on something dark beneath the glamour: the mention of a letter James Harrison has left behind—the contents of which many have been desperate to keep concealed for over seventy years. As she peels back the veil of lies that has shrouded the secret, she realizes that she’s close to uncovering something deadly serious—and the royal family may be implicated. Before long, someone is on her tracks, attempting to prevent her from discovering the truth. And they’ll stop at nothing to reach the letter before she does (summary from Goodreads).

I adore how Lucinda Riley mixes historical fiction, romance, and modern suspense/thriller in many of her books. While I have only read the Seven Sisters books but Riley, it is clear that at least in this book, she sticks to her signature style and incorporates family secrets, history, romance, and some suspense/thriller elements into her novel.

Yes this book is long (coming in at over 500 pages) and it is full of some dense writing and doesn’t read ‘quick’, but it was 500+ pages of enjoyment and a sweeping tale that covers so much ground. I was never bored and eager to return to this book night after night.

I was surprised by the mystery/thriller element to this book, as her Seven Sisters series doesn’t really have those elements, but I was pleasantly surprised by her ability to move through different genres and incorporating them seamlessly into the plot. I loved how the mystery was only given to the reader in small increments so that readers could savor each element before the pieced culminating in the end. It really kept me hooked!

There wasn’t one story over the other that I felt was stronger. Each of the historical and modern stories were equally strong and interesting. I thought the characters were believable and I felt drawn into their stories easily page after page.

Once again, another winner for Lucinda Riley. I can’t wait to read more of her books once I am done with the Seven Sisters series again. She is such a strong, powerful writer that consistently delivers excellent stories.

One thought on “REVIEW: The Royal Secret by Lucinda Riley”