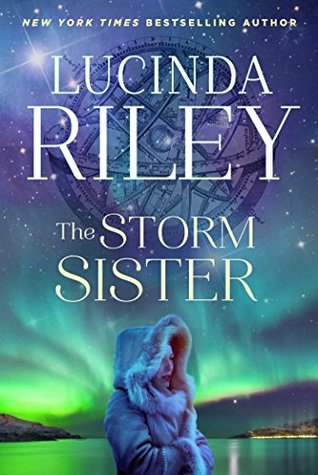 So as some of you know, I am going back through the Seven Sisters series by Lucinda Riley but this time listening to them on audiobooks. Right now it’s kind of an ‘at your own pace’ type of deal since I am listening to them in my car when I run errands so it’s taking forever to make my way through.

But I love Lucinda Riley so I am eager to keep listening and enjoying her books. When I first reviewed this book, I had a hard time with it mostly because it was so sad. While it was still enjoyable and a testament to Riley’s writing abilities, I just felt so sad while reading through it the first time.

That’s why I was most eager to re-read this one and see if I felt the same thoughts this time around.

Ally D’Aplièse is about to compete in one of the world’s most perilous yacht races, when she hears the news of her adoptive father’s sudden, mysterious death. Rushing back to meet her five sisters at their family home, she discovers that her father – an elusive billionaire affectionately known to his daughters as Pa Salt – has left each of them a tantalising clue to their true heritage.

Ally has also recently embarked on a deeply passionate love affair that will change her destiny forever. But with her life now turned upside down, Ally decides to leave the open seas and follow the trail that her father left her, which leads her to the icy beauty of Norway…

There, Ally begins to discover her roots – and how her story is inextricably bound to that of a young unknown singer, Anna Landvik, who lived there over 100 years before, and sang in the first performance of Grieg’s iconic music set to Ibsen’s play ‘Peer Gynt’. As Ally learns more about Anna, she also begins to question who her father, Pa Salt, really was. And why is the seventh sister missing?

Following the bestselling The Seven Sisters, The Storm Sister is the second book in Lucinda Riley’s spellbinding series based loosely on the mythology surrounding the famous star constellation (summary from Goodreads).

So I was right, Ally’s story is just as sad this time around as it was the first time. But this time, I was able to prepare myself for her tragedy and enjoy the final outcome of her character arc. Last time through, I was so fixated on Ally’s tragedy that I didn’t really get to enjoy Anna’s story.

As always Riley does a magnificent job making you fall in love and invest into each of the  D’Aplièse sister’s. My favorite though is still Maia, but as I have made my way through this series, I have found that each sister, while maybe not my ideal heroine, had something endearing and lovable about them. I love how Riley has formed this series. While each book can be read as a standalone, it’s always fun to read them in order.

In this book especially, Riley did a great job at orientating new readers in the series. The beginning of the book really caught readers up to speed on what had happened within the family. I am currently on the third book (the only one I haven’t read once through in the series) and I will say that it doesn’t really start the same as the first two, but yet there is enough info that new readers will easily catch on.

The narrator of this book did a fine job I think. She had a nice French accent for Ally which was an added touch. Though I couldn’t stand how they pronounced Anna. It didn’t sound natural and it was a bit forced and each time they said Anna, I cringed inwardly.

Overall though I think my rating came in at about the same as my initial rating. I ended up going with 4.5 stars as I did before. I still love the first book the most, but enjoyed this one as well!