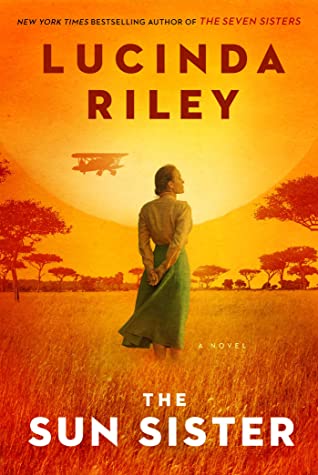 This series is one of my absolute favorites. I adore the Seven Sisters and with each book I am always won over by the sister being featured. Some of the stories are better than others but it’s still an impressive series and never disappoints.

When this book arrived, it was massive. The ARC came in at just under 900 pages so easily the longest Seven Sisters book by far and since this is Electra’s story, I didn’t find it surprising at all.

I decided to start reading this one early to give myself a lot of time to finish it, but it turns out I only really needed about 6 days of aggressive reading to get it done.

Electra d’Aplièse is a woman who seems to have it all: as a top model, she has beauty, fame, and wealth. But beneath the glittery veneer, she’s cracking under the pressure of it all. The last straw comes when she finds out her father has died and she turns to alcohol and drugs to ease the pain. As friends and colleagues fear for her health, Electra receives a shocking letter from a complete stranger who claims to be her grandmother.

In 1939, Cecily Huntley-Morgan arrives fresh from New York to Lake Naivasha in Kenya for the exciting chance to stay with her godmother, the famous socialite Kiki Preston. But after a sheltered upbringing, she’s completely astounded by the hedonistic antics of the other ex-pats in the infamous Happy Valley set. Celia soon grows to love her stunning but complicated new home, and she even accepts a proposal of marriage from Bill Forsythe, an enigmatic older cattle farmer. After a shocking discovery and with war looming, Cecily feels isolated and alone. Until she meets a young woman in the woods and makes her a promise that will change the course of her life forever. (summary from Goodreads)

Electra was by far my least favorite sister in the series thus far—without reading her story I already felt like I just didn’t like her and wouldn’t be able to relate to her at all. Which was exactly why I was looking forward to this story the absolute most. Riley does an excellent job at giving the readers a way of connecting or at least sympathizing with each sister in their own way and I knew before I even opened this one that Riley would do the same for Electra.

While I devoured this book in a short time and struggled to put it down because I was thinking about it, I don’t know that I loved it in the way that I hoped. Up until this point, the plots all came in strong when it came to romance—both the present day sister romances and the historical romances, except for this one. This was a different read than some of the other sister books.

I thought that the author did do justice to Electra’s story and history. I thought that her struggles with addiction were enough to be believable but not so deep that the book took a dark turn. I loved seeing how she reinvented herself after her rehab and I enjoyed some of the friends she made along the way. What I struggled with the most though was her relationship with Miles. For me it felt forced and unnecessary.

Electra grew so much by the end of the book but when it came to Miles I never felt any chemistry between them. I would rather have seen her become a big philanthropist and then meet someone like Miles with the sizzle that I have some to feel between the other sisters and their respective romances.

But this but was minor issue compared to Cecily’s story. I always felt like Cecily got the short end of the stick. She was used and discarded on a regular basis by the men in her life and to be honest even Stella seemed to use her. When she and Bill finally came together he was poised to be the hero of her life and then he just wasn’t. There was even less chemistry between Bill and Cecily than between Electra and Miles, and honestly by the end I was like—-ugh Bill just go already. He could have been such a romantic figure and their romance could truly have been so much better than it was—even if their story still ended the same, Bill could have brought so much more to the table.

So did I love this book, to be honest it wasn’t my favorite in the series but I did have a hard time putting it down. As with all of Riley’s Seven Sister’s books, I know I am going to get an exotic setting, an epic story of loss, love and emotion and it will be well written—and this book did deliver those things, but the romantic bits were definitely downplayed in this one and I don’t know if that’s because the message behind race and socioeconomics were meant to take center stage or if it was some other reason entirely.

I still adore this series and rate it way way way up there as a favorite but I just felt that this one didn’t bring some of the chemistry that the other books had. I am looking forward to the next book though I can tell you all that much! What a cliff hanger!