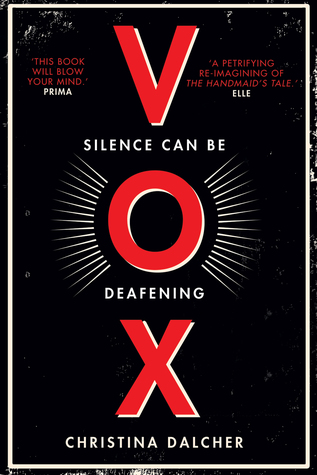 Last summer I had the pleasure of reading Vox and I can’t tell you how disturbing it was. I loved the book, but even now I remember with such clarity how uncomfortable it was to read because of the current political climate.

Dalcher is a powerful writer and with Vox she has captured a new and more modern look at society but with the same unease and terror as the classic dystopian novel, The Handmaid’s Tale.

I thought about this book long after I was done with it, and still think about it even a year later after reading it! Now it is out in paperback and I am re-sharing my review of Vox to celebrate the paperback release. I think this is an important book that women everywhere should read.

I also have a giveaway going on over on my Instagram page for a copy of this chilling book, so please come by and enter for a chance to win!