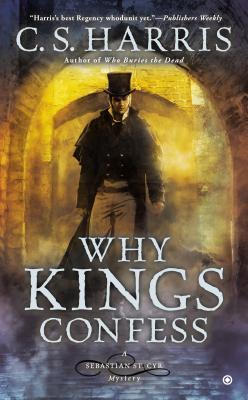 I love binge reading different series, but this is probably the longest series I have endeavored to binge read.

But I will be honest, I started reading a different book and I couldn’t tear my thoughts away from this series and I eventually abandoned it to return to another Sebastian St Cyr book. Many of you know that I read multiple books at one time. I usually have a book that I read in the morning, lunch time, and bed time as well as an audio book that I listen to in the car…..the Sebastian St Cyr books have been my bed time reading and while I know I should be reading other books, I simply can’t put this series down!

Regency England, January 1813: When a badly injured Frenchwoman is found beside the mutilated body of Dr. Damion Pelletan in one of London’s worst slums, Sebastian finds himself caught in a high-stakes tangle of murder and revenge. Although the woman, Alexi Sauvage, has no memory of the attack, Sebastian knows her all too well from an incident in his past—an act of wartime brutality and betrayal that nearly destroyed him.

As the search for the killer leads Sebastian into a treacherous web of duplicity, he discovers that Pelletan was part of a secret delegation sent by Napoleon to investigate the possibility of peace with Britain. Despite his powerful father-in-law’s warnings, Sebastian plunges deep into the mystery of the “Lost Dauphin”, the boy prince who disappeared in the darkest days of the French Revolution, and soon finds himself at lethal odds with the Dauphin’s sister—the imperious, ruthless daughter of Marie Antoinette—who is determined to retake the French crown at any cost.

With the murderer striking ever closer, Sebastian must battle new fears about Hero’s health and that of their soon-to-be born child. When he realizes the key to their survival may lie in the hands of an old enemy, he must finally face the truth about his own guilt in a past he has found too terrible to consider (summary from Goodreads).

This book met every one of my expectations and gave me a surprise in the form of a romance for Paul Gibson. One of the things that I have enjoyed about this series as I have been working my way through it was that Sebastian is truly the main character. He doesn’t really have an ‘assistant’ that shares his murder investigations in the traditional sense. In many historical mysteries, many authors follow the Sherlock and Watson model. A main detective and someone to help him solve the crime, but in this series it really is Sebastian as the main investigator.

That said, there are strong secondary characters who help him solve crimes but providing him with clues, but it’s ultimately Sebastian who solves the case. Hero, Paul Gibson, and Sir Lovejoy both work with Sebastian but for me they are truly secondary characters. Because they are secondary characters, I found myself less interested in them until something would happen to make me think otherwise. For instance when Hero became a love interest for Sebastian, I finally felt like I connected with her but with Paul Gibson, he’s always just been the forensic doctor for me and nothing more—-until this book.

Even though the author has described Paul Gibson in the other books, in my mind when I read him I always think of him as old and disheveled and frankly non-sexual. But this book reminded me as a reader that he is still a young attractive man with needs. I loved that amidst the murder mystery (which was excellent by the way!), there was a romance in the making for Paul Gibson. It really made me view him as an important figure in the larger narrative.

As always, the historical research and mystery were exceptionally well written and enjoyable. I passed a quick couple of days reading this one and was eager for another book in the series to keep the momentum going. I adore all of the characters and especially enjoyed getting to see another side of Paul Gibson that we haven’t seen in other books.

One thought on “Review: Why Kings Confess (Sebastian St. Cyr #9) by C.S. Harris”